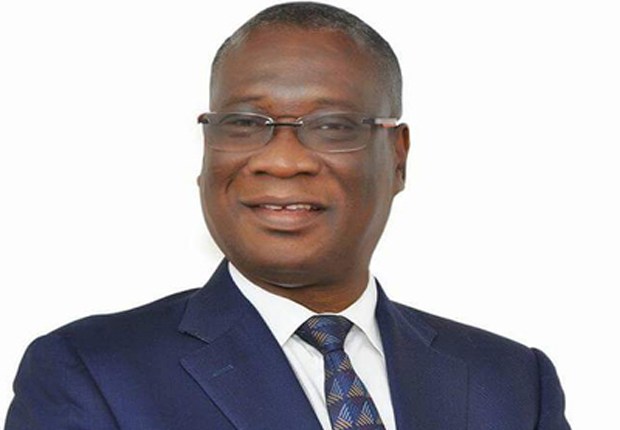 The Chief Executive speaking on Joy News’ Upfront and monitored by norvanreports, noted that among the many reasons to acquire 37% interest in Aker Energy Ghana Limited and 70% stake in AGM Petroleum Ghana Limited, there are two major reasons for the move with the first being due to the fact that the Corporation has over the past three years worked with the two IOCs in the operation of their respective oil blocks as well as the Corporation’s fear of lack of accelerated development of oil blocks particularly by Aker Energy given the widely accepted energy transition drive of oil majors.

“As at now there are five major oil discoveries by Springfield, ENI and Vitol, Aker and AGM all awaiting development, but our decision to acquire stakes in Aker and AGM towards our operatorship drive is based on the fact that of the five (5) discoveries, its Aker and AGM we have done substantial work with.

“For us (GNPC), if we want to learn, we need to take into account so many things, Springfield is a new block, yes it’s been assessed but we think that’s not where to learn from, ENI and Vitol’s Eban CTP block 4 are also recent discoveries and its now that we are going to work with them to find out what’s there and what a programme with them will look like and all that.

“But with Aker and AGM, we have been working with them over the last 3 years and so we know what’s there and know what we have done with them,” he stated.

He continued saying, “When I got to know that Aker had formed three (3) renewable companies [as a result of the energy transition drive], I stared to think that even if they were going to develop the Pecan field they will do it at a slower pace and we won’t be able to do anything about it because we are not involved in any way, they are the owners and we are just spectators, they call the shots.

“So in my view we have already assessed the five discoveries made and so I said look from the way things are going my feeling is that these people may not help us accelerate the development of the fields and the fear of lack of acceleration of development is another reason for which we want to acquire the oil blocks and operate them. And I am convinced that as a country this is the way to go and let me make this clear, the Corporation’s decision to acquire stakes in Aker and AGM was not a suggestion made to us by Aker, it was ours.”

Civil Society Organisations (CSOs) in the country have kicked against plans by the GNPC to buy stakes in oil blocks of Aker Energy and AGM Petroleum Ghana.

The CSOs are of the view that the country will be shortchanged in the transaction and have further indicated that they will not hesitate to drag the National Oil Company (NOC) to court if it decides to go ahead with its acquisition plans.

But the Corporation has argued that the transaction offers significant benefits to Ghana in its quest to develop her petroleum sector given the exit of oil majors from the country.

Among the several benefits, the GNPC gets to build operator capacity at a critical time in history to ensure that the hydrocarbon resources in the country can be fully developed.

Other expected benefits are Ghana’s crude oil production will increase by 140,000 to 200,000 bpd within 3 to 9 years, oil produced may be exported or refined in Ghana for domestic use thereby reducing imports of refined products and conserve foreign exchange, local content agenda can be effectively set by GNPC and a GNPC with operator capabilities will provide enhanced value creation for Ghana.

GNPC Explorco will also eventually recoup the capital expenditure as part of petroleum costs and loan offered to GNPC Explorco for the transaction can be repaid at First Oil through securitization of crude oil entitlements.

Additionally, tax expenditures (through exemptions) and initial concessions extended to Aker Energy/AGM will be substantially reclaimed by GoG and assets to be acquired by GNPC Explorco will be done at a discount to current valuation.

Royalties, tax revenues and profits to GNPC Explorco will amount to about USS6.5 billion in nominal value over 15 years and substantial foreign exchange inflows will accrue to Ghana which will contribution to GDP growth and expanded job opportunities.