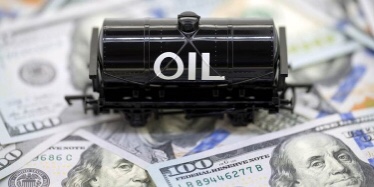 Cumulatively, a total amount of $31.22bn has been generated from the production oil from Ghana’s three (3) oil fields – Jubilee, Tweneboa-Enyenra-Ntomme (TEN) and Sankofa Gye Name (SGN).

The total $31.22bn generated in the last decade of oil production, the Public Interest and Accountability Committee (PIAC) asserts, comprise production entitlements due contractor parties and the Ghana Group (GNPC and the State)

In its assessment of the management and use of the country’s petroleum revenue in the last 10 years, PIAC avers the Ghana Group has earned a cumulative amount of $6.65bn which is equivalent to 9.97% of Gross Domestic Product (GDP).

This then implies that, the remaining $24.57bn is being taken by the International Oil Companies [IOC]involved in oil production from the three fields.

“Cumulatively, we estimate that about $31.22 billion of value has been generated from all of Ghana’s three producing fields, comprising both entitlements due to the contractor parties and the Ghana Group. The achieved selling prices of the Ghana Group’s crude entitlement was closely aligned to traded Brent prices, reflecting a continuous and commendable effort to generate value for the country. The Ghana Group has earned $6.55 billion in total petroleum receipts between 2011 and 2020, equivalent to (9.97% of 2020 GDP),” said PIAC.

According to PIAC, a breakdown of petroleum receipts to the Ghana Group indicates that, Carried & Participating Interest (CAPI) has by far generated the highest share for Ghana, accounting for 58% or $3.81 billion of the total $6.55 billion revenue earned.

This is followed by royalties at 25% (1.64 billion) and then corporate income tax at 17% or $1.08 billion. Other smaller income receipts include gas receipts, income (interest) earned on the PHF, and price differentials/other income.

Regarding allocations of petroleum receipts, the Annual Budget Funding Amount (ABFA) has been allocated the highest amount of $2.6 billion (40%) over the period.

This is followed by Ghana National Petroleum Cooperation (GNPC)receiving $2.0 billion (30%), representing both equity financing costs (Level A receipts) and other operational expenses (Level B receipts).

GNPC’s total equity financing costs (Level A receipts) amounted to $1.14 billion over the period, representing 55% of the total GNPC allocations. Level B receipts for other expenditures such as staffing and other operational costs amounted to $921 million or 45% of total allocations.

Given this, oil production, PIAC has noted, will continuously decline if nothing is done through new in-fill developments on the 18 existing fields or new fields coming on-stream.

Adding that, “Peaking is further compounded by reservoir challenges leading to production losses on some fields. At the same time, the above-surface issues include FPSO reliability challenges and delayed gas processing infrastructure forcing gas re-injection, which is ultimately negatively impacting well performance.”

Of these, three (3) producing fields, namely the Jubilee, Tweneboa-Enyenra-Ntomme (TEN) and Sankofa-Gye Nyame (SGN), account for petroleum revenues as of end-2020.


Ghana National Petroleum Corporation Petroleum Revenue
how can we help you?