HomeNewsEconomicsGhana’s import cover to decline from 5.2 months to 3.0 months in 2022 – IMF projects 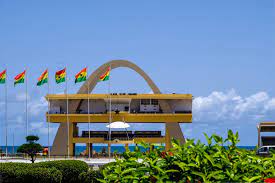 The projection by the International Monetary Fund (IMF) is contained in its latest 2021 October Regional Economic Outlook for the Sub-Saharan Africa Region.

The increase in Ghana’s current account deficit as projected by the IMF is indicative of a decline in remittance flows into the country which helps to shore up the country’s international reserves, thereby affecting the overall gross reserves.

Another possible factor could be increments in the country’s imports bill as against reduced exports coupled with falling commodity prices particularly for cocoa, gold and oil, the country’s major exports.

For instance, total imports by the country at the end of August this year the Central Bank notes increased by 8.6 percent to $8.98 billion as against a 2.4 percent increment in total exports to $9.9 billion supported by higher prices realised from gold, cocoa and crude oil prices. The increment in the country’s imports narrowed the foreign exchange earnings made from exports.

“The higher import bill relative to export receipts resulted in a lower trade surplus of US$874.8 million in the year to August 2021, compared with a surplus of US$1.4 billion recorded in the same period of 2020,” noted the Central Bank.

Increased interest payments and loan repayments (payments are made in mostly dollars) by government could also account for the projected decline in gross reserves.

Meanwhile, the IMF in the same report has listed three Covid-19 recovery policy priorities for Ghana.

According to the IMF, government must undertake urgent policy priorities such as spending prioritization, revenue mobilization and enhanced debt credibility to reduce high debts and facilitate a faster recovery process.

This, he asserted, must be done by looking at pressing development spending needs, restricting further growth of public debt and raising domestic revenue.

With regards to the country’s debt levels, Ghana’s total public debt to GDP ratio stands at 76.1 percent and is further expected to continue on an upward trajectory reaching 80 percent by the end of 2021.

The high expenditure by government can be attributed to measures to stimulate and fast-track economic recovery from the pandemic.

On the country’s fiscal deficit, Governor of the Central Bank, Dr Ernest Addison has commented on the need for the country to reset its fiscal policy with the 2022 budget to create a more credible path towards medium-term fiscal sustainability.