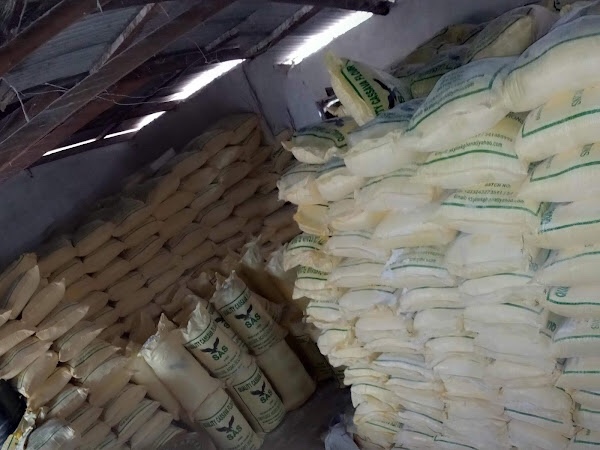 Mr. Stephen Wilson Bojewura, the Chief Executive Officer (CEO) of Skylink Agro Solution Limited, has revealed there is high demand for Ghanaian products, especially its high-quality cassava flour and cassava grits, locally and internationally. However, assessing capital for re-engineering and expansion is a significant challenge.

“Our unfermented gari is a premium and attracts exports. Access to capital for financial re-engineering and expansion is a major challenge. The ability to meet demand and maintain qualified or skilled labor considering the firm’s location hindered expectations.”

Africa’s many empires remain a thing of the past

He said Africa had many powerful empires in the past, which the entire world relied on in terms of trade. However, these strong empires have remained only in history books now. Thus, he urged leadership to reset the stage for real economic emancipation.

Mr. Bojewura said Ghana and Africa have the most natural resources and quizzed, “Why are we poor? Why are the youths jobless?”

Mr. Bojewura’s assertions confirm the statement of Rwandan President Paul Kagame that “It is unacceptable that Ukraine, a country of 44 million people, will feed Africa, a continent of 1.4 billion people.” The President tweeted the assertion above, and it has received a lot of praise from people all over the African continent.

Mr. Bojewura urged the Ghanaian youth to take responsibility for making their lives and that of Africa better by liberating themselves from poverty through entrepreneurship.

“There will be no solution from our leaders. Therefore, we as youth must arise, take our destinies into our own hands, and liberate ourselves from poverty through entrepreneurship.”

Skylink Agro Solution Ltd to employ many Ghanaians after expansion

Mr. Stephen Wilson Bojewura said, Skylink Agro Solutions, running since 2010 in the Nkwanta South Municipality of the Oti Region, is into cassava processing and various derivatives for industrial use.

He said about 15 permanent workers and over 20 casual workers are currently engaged in the production and shall employ the local people after expansion and re-engineering.

Skylink Agro Solutions Limited is among the 10 selected companies to participate in the “ACET Business Transform Program” out of over 50 companies in Ghana.


Food inflation
how can we help you?