HomenewsEnergyGhana will transition from crude oil to wind, solar energy at own pace – Energy Ministry

Ghana will transition from crude oil to wind, solar energy at own pace – Energy Ministry 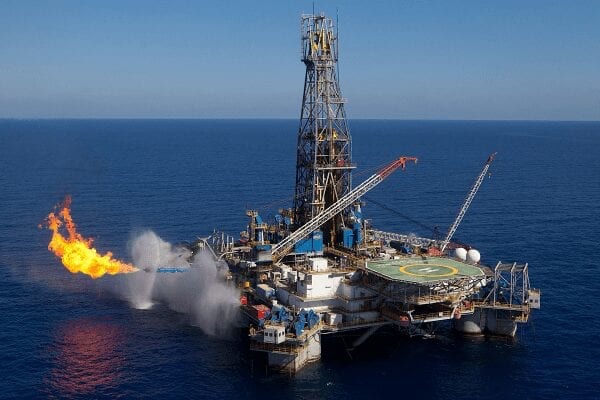 A Deputy Minister of Energy, Dr Mohammed Amin Adam has said Ghana will not be rushed in the energy transition period by shifting from fossil fuel to renewable energy.

He said the oil-producing West African nation will transition at its own pace, not the on the back of the plans and arrangement of other country.

Dr Amin Adam stated that Ghana needs to maximize its full benefits from crude oil production to develop the country before thinking of neglecting the sector.

As of the energy transition, the European Union seeks to shift attention from fossil-based systems of energy production and consumption — including oil, natural gas and coal — to renewable energy sources like wind and solar, as well as lithium-ion batteries.

But speaking in interview with TV3, Mr Amin Adams who is also Karaga Member of Parliament said “Ghana will transition at out own pace, we want to produce oil and gas, we want to continue to do that because we need the resources, we need the revenue to develop our country, we need the value addition and therefore, we cannot abandon it now.

“There are so many ways we can develop our country using these resources.”

The Finance Minister Ken Ofori-Atta recently made similar comment to the effect that Ghana needs to maximize its full potential in the crude oil sector.

He said that Ghana has multiple oil blocks to help with the nation’s development but the West is calling for a drift from fossil fuel to renewable energy.

“Ghana has multiple oil blocks and as we speak now, our own GNPC is looking to acquire stakes in just two blocks which are valued by an external valuer in excess of 2billion. Potentially, we could bring in billions of dollars if we are given the chance to develop these multiple blocks. But now, all of a sudden, the West is saying we should move to clean energy.

“Taking funding on the table for oil and gas investments is not the solution. The delivery of low-cost energy to fuel our development will require a whole new approach towards investments in developing oil and gas.

“We will need to make investments on a long term basis delivered through a competitive evaluation that are optimized to reduce cost. Our ultimate aim will be to developing term decarbonization pathways that do not jeopardise our growth prospects and chances of attaining industrial transformation,” Mr Ofori-Atta said while speaking at a National Energy Transition forum organized by the Ministry of Energy in Accra on Tuesday, February 22.

The Vice President, Dr Mahamudu Bawumia for his part noted that a lot of people perceive policies in the energy sector especially regarding the energy transition, to be elitist.

He said the people are unable to relate to the policies hence, accuse policymakers of lacking awareness of what really matters to them.

To that end, he said, there was the need to bring everybody on board if they are to succeed in this quest.

“In certain places where the energy transition is being implemented people have felt alienated by such policy and they perceive these policies as elitists. Such persons have the feeling that the elites are out of touch with their lives and are not aware or do not care about what really matters to them. We, therefore, need everybody to be on board if we are to succeed in this quest. We need to develop plans and implement options that people can relate to or be comfortable using.

“Consequently, it is imperative that we listen to the people on how they want energy transition to occur. I commend the Ministry of Energy and the hardworking Minister for Energy Dr Mathew Opoku Prempeh for using this approach and I am hopeful that at the end of the day the new options that we implement will improve the lives of our people rather than hit the pockets of the poor. We should give equal opportunities to all citizens to enjoy the benefits of the energy transition and ensure social justice in the process,” Dr Bawumia said.

He noted that “There is less funding available for oil exploration and exploitation and you are seeing this in an increase in oil prices globally today, as this transition is being talked about and is taking place. But we, in many of the developing countries are facing these very high costs of petroleum prices that is resulting in many economic impacts such as inflation in many countries as prices of goods increase in response to the increase in petroleum prices. So we have to be very aware of where this is going.

“There are many who have said that the petroleum prices increase is going to remain as such high levels, we are not going to see any major declines, then how do we as developing countries like Ghana adjust to this new reality if it becomes the new normal of high oil prices and petroleum prices and its impact on the macro variable in our respective economies. It is clear that we need to have a plan hence this is what this stakeholder conference is about.”


#2022 Energy MInistry Ghana Green Economy
how can we help you?