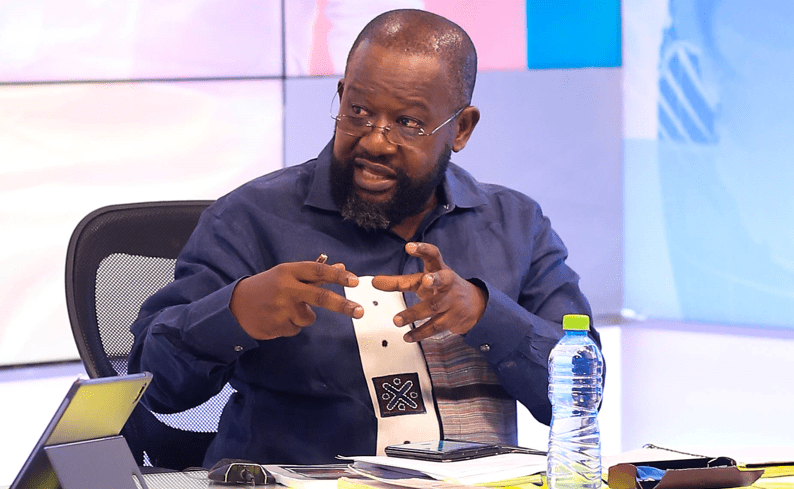 The government must admit that there has been mismanagement of the economy and find ways to get out of the situation, a private legal practitioner, Mr Kwame Jantuah, has said.

He said the President must find ways of bringing everybody on board to find ways of minimizing the challenges facing the economy.

Speaking on the New Day show with Johnnie Hughes on TV3 Friday July 15, he said the time has come for another economic roundtable discussion in the form of the Senchi forum, just as the Mahama administration did, where experts will come together to brainstorm ideas to tackle the challenges.

“Admit that there has been mismanagement and bring everybody together to solve the problems left by the last government.

“We have got to a point where we have to have a Senchi forum. This is the time that the president needs to speak to us, bring us together and say we are going through this together.”

He was commenting on the address given by the Vice President on the economy and why the Akufo-Addo administration went to the International Monetary Fund (IMF).

Dr Bawumia expressed optimism that Ghana would come out stronger from the IMF programme under Akufo-Addo more than the previous seventeen programmes other governments of Ghana went in for.

He however said, it would require hard work and difficult decisions to be taken to realize the full benefits of this programme.

Dr Bawumia justified the decision to go to the IMF, indicating that the Russia-Ukraine warfare and the Covid-19 have impacted global economies including Ghana.

He said it appears there is no end in sight for the warfare between the two countries.

“Following the Russia-Ukraine war, energy and food prices skyrocketed globally. In many advanced economies, inflation reached 30 and 40 year high. Inflation in Ghana has increased 29.8 per cent in June 2022, things were disrupted and shipping cost increased by over 1000 per cent, economic growth slowed down,” he said during the launch of the Accra Business School IT programme in Accra on Thursday.

He added “Ladies and gentlemen, we are talking now about about a different government, Ghana that is being rapidly transformed. The underlying systems are being dramatically changed through digitalization and other policies that will transform the structure of the economy which will enhance fiscal discipline and structural reforms to restore debts sustainability and growth.

“We should emerge stronger than we have from the previous seventeen IMF programme but it will take hard work and difficult decisions.”

The IMF staff team led by Carlo Sdralevich has concluded its visit to Ghana with the government of Ghana on Wednesday July 13.

The team arrived in the country July 6 to assess the current economic situation and discuss the broad lines of the government’s Enhanced Domestic Programme that could be supported by an IMF lending arrangement.

They also met with the Parliament’s Finance Committee, civil society organizations, and development partners, including UNICEF and the World Bank to engage on social spending.

At the conclusion of the mission, Mr. Sdralevich issued the following statement said “Ghana is facing a challenging economic and social situation amid an increasingly difficult global environment. The fiscal and debt situation has severely worsened following the COVID-19 pandemic. At the same time, investors’ concerns have triggered credit rating downgrades, capital outflows, loss of external market access, and rising domestic borrowing costs.

“In addition, the global economic shock caused by the war in Ukraine is hitting Ghana at a time when the country is still recovering from the Covid-19 pandemic shock and with limited room for maneuver. These adverse developments have contributed to slowing economic growth, accumulation of unpaid bills, a large exchange rate depreciation, and a surge in inflation.

“The IMF team held initial discussions on a comprehensive reform package to restore macroeconomic stability and anchor debt sustainability. The team made progress in assessing the economic situation and identifying policy priorities in the near term. The discussions focused on improving fiscal balances in a sustainable way while protecting the vulnerable and poor; ensuring credibility of the monetary policy and exchange rate regimes; preserving financial sector stability; and designing reforms to enhance growth, create jobs, and strengthen governance.

“We reaffirm our commitment to support Ghana at this difficult time, consistent with the IMF’s policies.

“Staff express their gratitude to the authorities, civil society, and development partners for their constructive engagement and support during the mission.”

The Government of Ghana on Friday July 1 announced that it was seeking support from the IMF.

This followed a telephone conversation between the President and the IMF Managing Director, Miss Kristalina Georgieva, conveying Ghana’s decision to engage with the Fund, a statement by the Ministry of Information said.


Africa Economy Dr Mahammud Bawumia
how can we help you?