HomeNewsBanking and FinanceGhana presents its fiscal framework to IMF, the first major step in the negotiations

Ghana presents its fiscal framework to IMF, the first major step in the negotiations 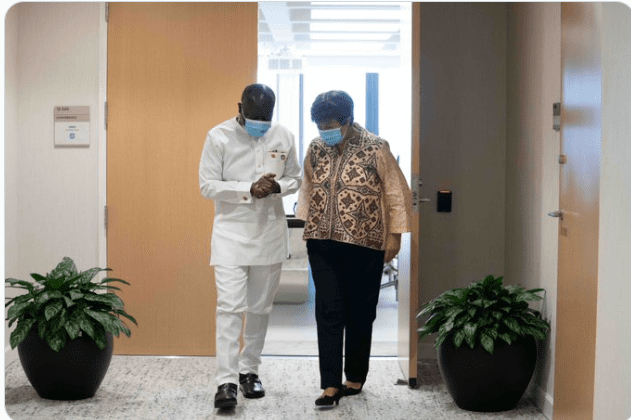 The discussion focused on the fiscal framework that Ghana has just presented to the Fund.

This fiscal framework was approved by the Cabinet some two weeks ago. The Finance Minister presented it to the IMF as the first key feature that the country must satisfy.

3Business sources say the targets set in this fiscal framework are different from what was contained in the mid-year budget review.

The framework presented to the IMF has tighter fiscal consolidation targets but with qualitative interventions in relevant sectors to ensure that growth of the economy is not sacrificed.

The fiscal framework also makes room for protection of some of the government’s interventions as well as some economic transforming initiatives.

If the Fund agrees with the government on the fiscal framework, then it will pave the way for discussions on other elements of the IMF programme.

Meanwhile the IMF Boss has in a tweet described her engagement with Mr. Ken Ofori Atta as constructive, adding that the IMF was ready to do its part to help the Ghanaian authorities to stabilize the economy, lay the ground for stronger growth and help the most vulnerable.

This latest meeting is important as it could diffuse the growing perception among the international investor community, as echoed by Goldman Sachs, that Ghana did not appear enthusiastic about the engagement with the IMF.

Negotiations with the IMF are expected to continue into next year before a deal is sealed, with the government hoping to clinch a 3 billion dollar programme.