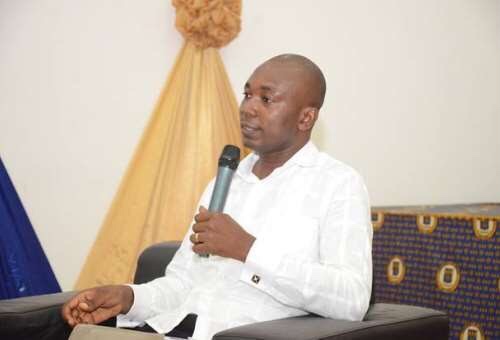 Economist, Prof Godfred Bokpin, is highlighting the need for major governance reforms in the country to save the economy.

This call comes on the back of the recent downgrade by international ratings agency Fitch.

For the second time this year, Fitch has downgraded Ghana’s credit worthiness to ‘CC’ or further junk status, from ‘CCC’.

There was no outlook for this rating since Fitch does not typically assign outlooks to ratings of ‘CCC+’ or below.

Reacting to this, Prof. Bokpin maintained that the President needs to restructure his government to cut down cost instead of banking hopes on the IMF bailout.

“The IMF program in itself is not enough. You can show enough commitment to the IMF that these are the fiscal adjustments that we want to do in order to bring our debt to a more sustainable level and therefore agree to lend to the country. But with where we are right now, merely focusing on an IMF program will not be enough.”

“Ghana needs to pursue concurrently, some kind of governance reform which will also entail doing some adjustments to our constitution. Also, initiating certain productivity enhancing reforms across the entire spectrum of the public sector will help. An inefficient public sector represents cost to the private sector as it interacts with the private sector,” he asserted.

According to Fitch, the downgrade reflects the increased likelihood that Ghana will pursue a debt restructuring given mounting financing stress, with surging interest costs on domestic debt and a prolonged lack of access to Eurobond markets.

This development comes at a time where the country is in talks with the International Monetary Fund to conclude on a bailout program worth GHS3 billion to save the economy.


Economy
how can we help you?