HomeNewsEconomicsGhana: GIPC woos investors in the US to boost FDIs, DDIs

Ghana: GIPC woos investors in the US to boost FDIs, DDIs 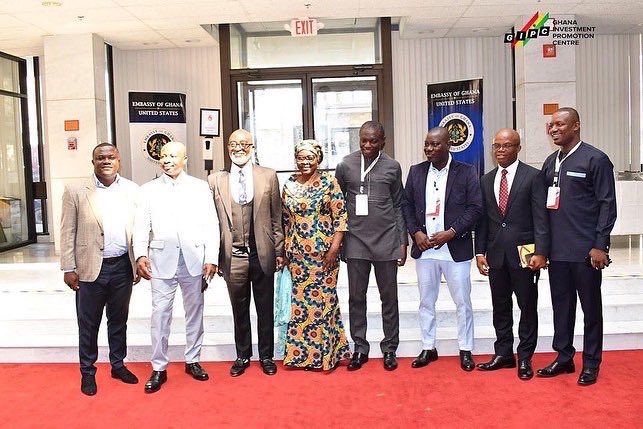 The Ghana Investment Promotion Centre (GIPC) held a meeting in the United States of America (USA) to woo investors in the diaspora.

The GIPC organised the meeting in partnership with key stakeholders in Washington DC.

This engagement was to attract the diaspora community to invest in Ghana and increase Foreign Director Investment (FDIs) and Domestic Direct Investment (DDIs) into the country.

The GIPC CEO Mr Yofi Grant recently said the centre is committed to supporting the economic development of Ghana.

As the best investment destination, he said, Ghana’s economy is growing.

“Still celebrating @gipcghana as Africa’s 2nd best Investment Promotion Agency at the @AIM_Congress 2022. We remain committed to supporting the country’s economic buoyancy by promoting Ghana as the best investment destination,” he said in a tqweet.

This was announced at the 2022 Annual Investment Meeting (AIM) congress.

“Congratulations once more to @gipcghana, as the Centre was named 2nd best Investment Promotion Agency (IPA) in Africa at the just ended @AIM_Congress.

“This is yet another indication from AIM that GIPC has stayed ahead of the competition in delivering on its mandate as an IPA,” the Centre tweeted on Wednesday April 6.