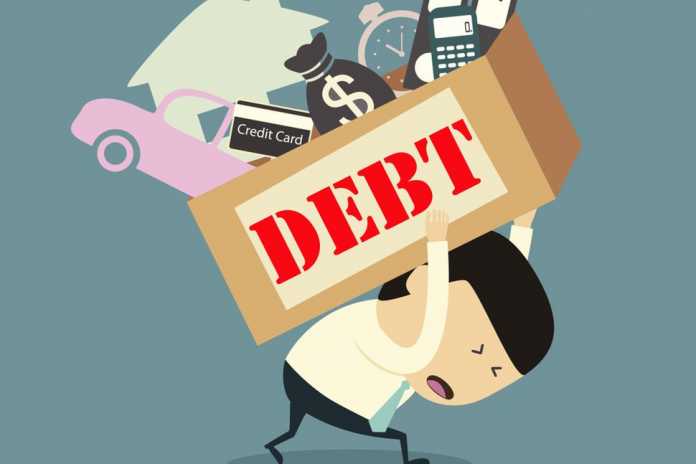 Economist and Associate Professor at the Niagara University in Canada, Dr Dennis Nsafoah, has projected a debt-to-GDP ratio of 95% for Ghana by end-2025.

According to Dr Nsafoah, his projection is premised on the basis that government fails to achieve its medium term targets laid out in the 2022 budget.

The medium-term targets include;

By achieving the set targets, government hopes to reduce the ratio of debt to GDP to 69.1% by 2025.

“Should government succeed in achieving the set targets, it should be able to reduce the debt to GDP ratio to 79.1 by end 2022 and eventually to 69.1% by 2025, and that’s the best case scenario.

“However, the debt to GDP ratio is likely to hit 95% if government fails to achieve its medium term targets and the country’s macroeconomic variables continue to behave as they have in the last 10 years, and this is the worst case scenario,” he stated.

Dr Nsafoah made the above observations speaking at the PFM Tax Africa Q1 2022 Economic Dialogue on Ghana’s Economic Outlook for 2022.

Speaking further at the Economic Dialogue, Dr Nsafoah stated that government is delaying the inevitable which is its return to the IMF for a bailout programme.

According to him, Ghana will eventually return to the IMF despite its delays to do so – probably latest by the end of this year.

This, he noted, is due to the country’s current economic situation and government’s unrealistic targets set in the 2022 budget.

“Will the government of Ghana seek an IMF intervention? It will. Government may delay it, but eventually it will go for it.

“Thinking about this situation, the most likely outcome may be at the end of the year, when it realize it can’t achieve its revenue target,” he remarked.

He further noted that, “The most prudent thing for government to do is to actually start talking to the IMF because the target they have set for themselves, it’s quite unrealistic. Because, it can’t achieve that 42% increase in revenue in 2022.”

Touching on the country’s debt-to-GDP ratio, he intimated that, Ghana is likely to end 2022 with debt ratio of 83.9% of GDP.

“The best outcome that we’ll see is that by the end of 2022, our debt-to-Gross Domestic Product ratio would actually increase from 83.9%, which is not good. But the most likely outcome by 2025, as inflation in the USA goes down and then the Federal Reserves decrease the pace at which it contract money, things would improve”. And then we would have a debt to GDP ratio of about 73.6% [by 2025]”, he stressed.

Economists since last year, have predicted a return to the IMF.

Ghana, is expected to finance a budget deficit of over GHS 37bn this year, given a projected government expenditure and revenue of GHS 137.5bn and GHS 100.5bn respectively.


Debt to GDP ratio Fiscal Balance Ghana's Economic Outlook Overall balance to GDP
how can we help you?