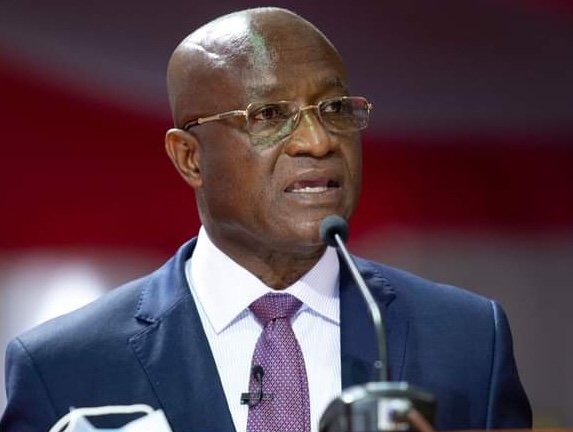 The Majority Leader and Leader of Government Business in Parliamenthas submitted that, the controversial Electronic Transfer Act is already been implemented and any attempt to stop it is an “exercise in futility”.

According him the latest law suit at the Supreme Court by some members of the Minority in Parliament in attempt to stop either the commencement or collection of E-Levy is baseless but the burden of “proof is on them”.

He said “the Finance Minister indicates to us that, the commencement of the collection is going to be on May 1st, 2022 and they (NDC) want to stop the implementation but the Bill is already been implemented, I don’t know what they mean by that”.

The Leader, who is also an MP for Suame in the Ashanti Region explained his position to journalists.

“The assent of the President, a Bill if Parliament has not postponed the operations of The Bill, immediately after the assent it comes to operation. So, if you fall foul to it, you can be prosecuted”.

He stressed the fact that, “so this Bill is implemented, the necessary structures are being put in place now, it doesn’t mean that it is not implemented”, he exposed.

Currently, the Minority Leader Haruna Iddrisu, Mahama Ayariga and Samuel Okudzeto Ablakwa are in Supreme Court praying The Court for an interlocutory injunction to be granted, stating that, per the recent Supreme Court ruling in the case between Justice Abdullah verses the Attorney-General related to formation of quorum and co in Parliament, the Majority never had the requisite number to have approved the E Levy Bill into law, now an Act of Parliament.

The Minority has filed an injunction application at the Supreme Court in Accra against the implementation of the controversial electronic transfer levy, popularly known as Momo Tax, pending a determination of its substantive case currently before the apex court.

The court has, however, scheduled the hearing of the case for May 4, 2022, three days after the collection exercise.

But the Majority Leader Osei Kyei-Mensah-Bonsu rubbished their claims.

” If the Minister tells us that, the actual collection will start from 1st May, 2022, you think that it is not started, so you want to put impediment in the way of the Bill itself”.

Mr. Mensah-Bonsu however, called on his colleagues to use the Parliamentary process through Committee to litigate the matter but acknowledged that, the Minority in Parliament and the Parliament as a whole must be putting government on its toes through the Committees.


#2022 Budget Electronic Transaction Levy (E-Levy)
how can we help you?