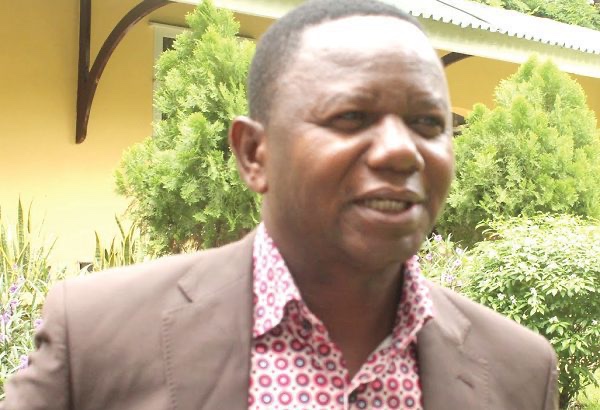 The General Secretary of the Ghana Agricultural Workers Union, Mr Edward Kareweh, has said that Ghana does not have enough food available to feed the people for even one month without importing more food commodities.

He said on the New Day show on TV3 with Johnnie Hughes that the reality is that a lot of food items are imported into the country therefore, when upheavals and other economic challenges occur in those countries, automatically they become Ghana’s issues.

Contributing to a discussion on the impact of the ongoing geopolitical tension between Russia and Ukraine on food supply in Ghana on Monday May 16, Mr Kareweh said “The realty is that we do not have enough food in this country. The reality is that we import so much into this country. So if there is a problem in those country you import those problems.”

An Economist, Dr Adu Owusu Sarkodie has also asked the Government of Ghana to find ways of dealing with the negative impact of the ongoing warfare between Russia and Ukraine on the Ghanaian economy.

He said it is uncertain when the geopolitical tension is ending hence, the need to adopt drastic measures to deal with the consequences.

Speaking on the Key Points on TV3 Saturday May 14, Dr Adu Sarkodie said “Let’s identify our problems and deal with it. We should encourage local production because we cannot predict when this Russia-Ukraine war will stop.”

He added “At the market, let’s start weighing the items on the scale so that we can pay based on that and that will harmonize prices. You don’t need to waste time bargaining.”

Fir his part, the Greater Accra Regional Chairman of the Association of Ghana Industries (AGI), Tsornam Akpeloo, has said premium should be placed on domestic production of goods in order to halt the rising rate of inflation in the country.

In his view, there is no way the country can deal with the increasing rate by not having clearly defined locally produced items to consume.

“There is no way we can come out of this problem by not having clearly defined locally produced items to consume. The call to localize is what we are asking for to stabilize our system,” he said on the Key Points on TV3 Saturday May 14.

The Minister of Finance, Ken Ofori-Atta attributed this to import.