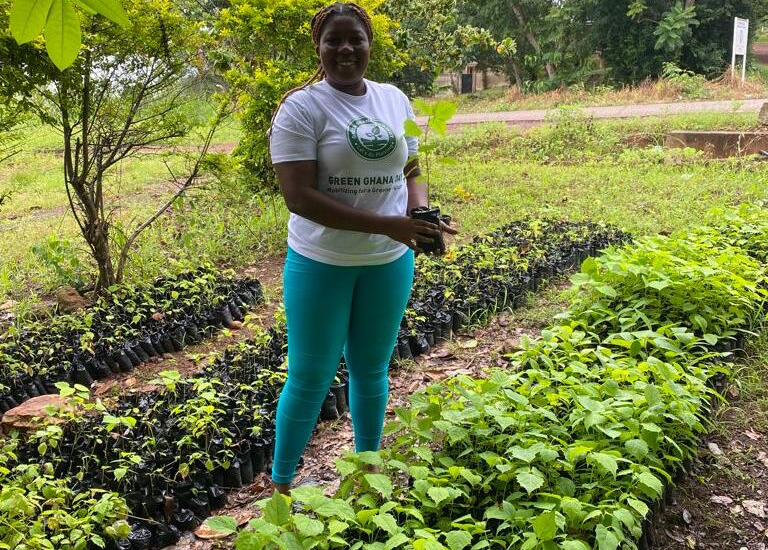 The Minister of Lands and Natural Resources, Samuel Abu Jinapor, has disclosed that over seven million seedlings were planted across the country, exceeding the target of five million trees for the 2021 Green Ghana Day Project.

Mr. Jinapor made the disclosure when he appeared before parliament to respond to a question by Mrs. Lydia Lamisi Akanvariba, Member of Parliament (MP) for Tempane, who wanted to understand the state of the five million trees planted on June 11, 2021 (Green Ghana Day) and the total cost of the project.

Mr. Jinapor also informed Parliament that a field monitoring assessment conducted by the National Investigation Bureau (NIB) and the Forestry Commission indicates that about 80 percent of the trees planted have survived and are doing well.

He provided the names of the seedlings planted on the 2021 Green Ghana Day fruit trees, and ornamentals include cashew, mango, coconut, avocado, citrus, bamboo, and shea, among others.

In an interview with Mr. Michael Pentsil, the Regional Director of the Division, he revealed that many agencies and institutions in the Central Region inundated the Forest Division Service (FSD) Central Region offices to pick up the free seedlings to plant ahead of the Green Ghana Day.

“The institutions and agencies demanding the seedlings include Religious and Traditional organizations, the Judicial Service, schools, both public and private institutions, individuals, health institutions, and others. The trees picked up include mahogany, timber, emery, fruit trees, coconut, avocado, apple, Ornament tree seedlings, militia, acacia, royal palm, and cedrella, among other trees.”

Mobilizing for a Greener Future

This year’s event won the support of many stakeholders spanning from chiefs to institutions etc.

The Project generally seeks to create a collective action toward restoring degraded landscapes in the country, mitigating climate change, and teaching the youth the values of planting and nurturing trees. It is one of the most significant environmentally related initiatives under the Nana Akufo-Addo-led Administration to improve ecology.

The maiden Green Ghana Project was launched last year by President Akufo-Addo to create enhanced national awareness of the necessity for collective action towards restoring degraded landscapes in the country, teaching values of planting and nurturing trees in the youth, mitigating climate change, and beautifying the communities and environment.

The theme for this year’s exercise was “Mobilizing for a Greener Future” which happened on June 10, 2022. The Project targeted to plant at least 20 million trees of varied species across the country but exceeded the target.


Tree Planting
how can we help you?