HomeNewsBanking and FinanceFree SHS and other Government programs are being Examined

Free SHS and other Government programs are being Examined 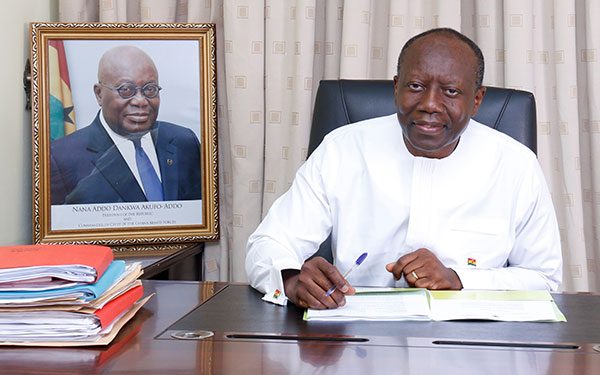 Reviewing the free Senior High School (SHS) programme. The World Bank is in charge of the exercise as part of efforts to accurately evaluate the efficacy and financial effects of all social intervention programmes currently in operation.

The School Feeding Programme, Planting for Food and Jobs and its offshoots, the One District, One Factory (1D1F) initiative, and Agenda 111 are some of the other programmes being evaluated.

On Wednesday of last week, Ken Ofori-Atta, the minister of finance, revealed this to the Daily Graphic.

According to Mr. Ofori-Atta, the evaluation was done as part of attempts to reduce government spending.

It is thought that the evaluation is one of the steps the administration is doing to guarantee and assure fiscal responsibility in the pursuit of a $3 billion support from the International Monetary Fund (IMF).

The minister emphasised that a decision would only be made on each of the programmes once the outcomes of the exercise were known, but he stated his conviction that the exercise would prevent the collapse of the free SHS and the School Feeding Programs.

He said that through increasing investment and targeting, the exercise’s results will strengthen the programmes.

The minister had high hopes that the process would be finished quickly so that a paper could be released the following year.

Mr. Ofori-Atta explained that the government chose the World Bank to oversee the project so that the efforts might be reviewed by a new pair of eyes.

After implementing the numerous programmes for around six years, he claimed it was only right to conduct a thorough evaluation of how they had fared, the cost, and the outcomes of each project in order to guide the subsequent course of action.

Mr. Ofori-Atta added that the examination of the social interventions was also done to ensure efficiency at a joint news conference last Tuesday to announce the preliminary agreement with the IMF for a $3 billion extended credit facility (ECF).

“I believe we are conducting an evaluation to determine the efficacy of each of these programmes, and that process has already begun.

The second deputy governor of the Bank of Ghana, Elsie Addo Awadzi, and the IMF mission chief for Ghana, Stephane Roudet, both spoke at the occasion. The minister remarked, “And as we then continue, we will make sure that these are conducted efficiently.”

The nation and the group received assurances from Mr. Ofori-Atta that the government was dedicated to the free SHS initiative and would work to improve its implementation and efficacy.

“The government of President Akufo-Addo is wholly devoted to and clear about the topic of human capital since that will always be our future and also enable social mobility for every Ghanaian. It’s crucial to have a sense of citizenship, he continued.


Free SHS
how can we help you?