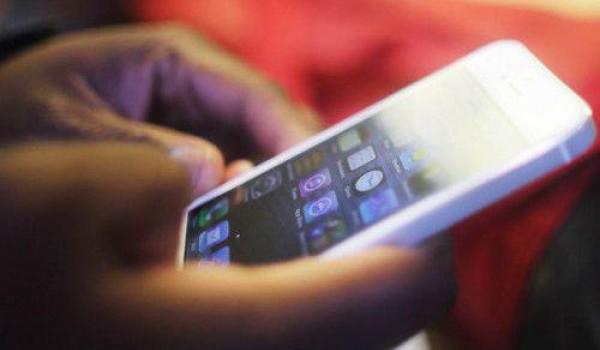 With the wide-spread use of mobile phone devices, the introduction of Mobile Money (MOMO) in Ghana since 2009 has had quite a significant impact on the Ghanaian economy by reducing unemployment to some extent, developing the payment ecosystem, providing a means of savings for people without access to banks, timely completion of financial transactions, among others.

More than a decade down the line and the importance of mobile money to the economy cannot be underrated especially during this pandemic where the risk of fomite transmissions through paper money can be reduced by using cashless payment systems.

In 2020 alone, the volume of mobile money transactions was worth GHS 571.8 billion according to the Deputy Bank of Ghana (BoG) Governor, Mrs. Elsie Awadzi, thus surpassing all other payment platforms.

The telecommunication companies have mobile money services offered at a little fee per transaction, yet mobile money merchants who aim to maximize their profits have made it costly by introducing unapproved charges.

In 2020 alone, the volume of mobile money transactions was worth GHS 571.8 billion according to the Deputy Bank of Ghana (BoG) Governor, Mrs. Elsie Awadzi, thus surpassing all other payment platforms.

The telecommunication companies have mobile money services offered at a little fee per transaction, yet mobile money merchants who aim to maximize their profits have made it costly by introducing unapproved charges.

Kudos to the Government for the Mobile Money Interoperability (MMI) initiative and to Vodafone Ghana for making all VF-Cash transfers including those across the MMI platform free.

This probably is a marketing strategy aimed at increasing the patronage of VF- Cash and thus, the customer base of Vodafone Ghana at large but ruminating on this makes me appreciate the reduction in financial burden on customers too.

It’s already a year and counting since Vodafone Ghana waived charges on mobile money transfers to all networks yet with the profit motive of most businesses, other networks still charge fees. Other telcos should learn, emulate and have Vodafone’s innovation continued even post-Covid. Why?

Aside from drastically reducing the financial burden on customers, and frustrating hard cash transactions within the pandemic, waiving charges on mobile money transactions will tend to make the service more appealing to the ordinary Ghanaian and effect a rise in patronage, and impacting the incidence of robberies and loss of one’s money.

As unsafe as our communities and roads can be to move cash, mobile money provides a form of insurance to patrons since they do not have to worry about the risk of attacks by armed men on our highways. In cases of such attacks where mobile devices are lost, one could simply have their SIM cards replaced at almost no cost with their e-cash intact after meeting the requirements.

As the world migrates to a digital economy, telecommunications companies must change their perspective from mobile money being a means of convenience to it being a necessary luxury, and hence, mobile money charges particularly on person to person (P2P) transactions should be phased out, or drastically reduced and applied increasingly on Person to Business (P2B), and Business to Business (B2B) transactions. It is worth noting that MTN has zero charges for transactions below GHS 100.00. However, more can be done.

Telecommunication companies like other businesses are inclined to profit-making as they owe financial obligations to shareholders, employees, and the state.
This could render phasing out charges on transactions an impossible feat but largely compensated for by considering how much revenue these telcos could be losing through the illegal practices of rogue merchants and developing robust measures to curb the illegality.

That is not to disprove the loss of some revenue but as difficult as it might seem to sacrifice some percentage of the revenue generated from mobile money transactions, we learn from Vodafone that it is possible, and is a step in the right direction to reduce cash in circulation to some extent.

Mobile money charges on cash withdrawals could have the rates revised to champion the course of a cash-lite economy. I believe this initiative can be taken up by the Government through the Bank of Ghana in the quest to develop a cash-lite economy, where a more effective and efficient monetary management of the economy can be done.

Also, a proper national identification system aiding the registration of SIM cards would help reduce the incidence of money laundering through mobile money services since clients are known through the National Identification System.

Telecommunication companies should develop robust measures in monitoring their merchants, thus, discouraging the dubious practices that their merchants use in ripping customers off. This would make the mobile money service appealing to many.

Also, the Government and its regulatory agencies, particularly the Bank of Ghana, National Communications Authority, Economic and Organized Crime Office, etc. should force the hands of these telecommunication companies to work towards zero charges on mobile money transfers to champion the digital economy dream.