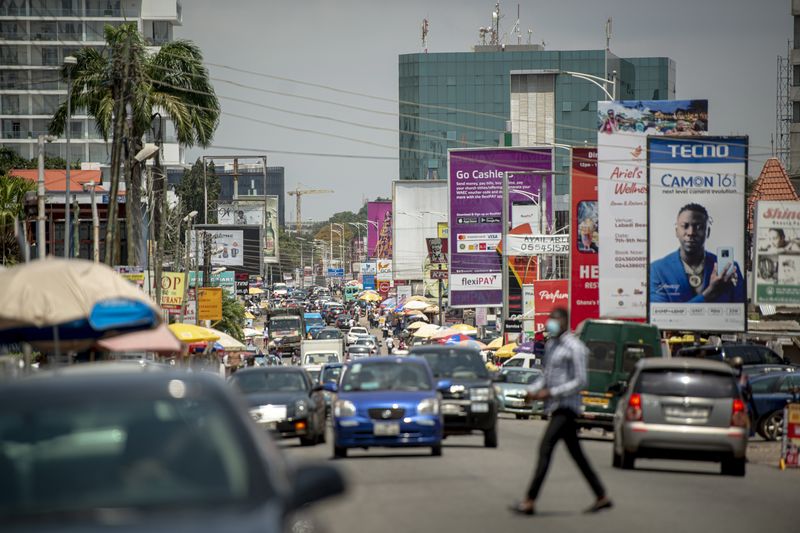 Five key African economies will face debt risks over the next two years, according to the continent’s biggest bank, as an era of extraordinary pandemic-induced stimulus and relief for poor nations draws to an end.

The Johannesburg-based lender named Ghana, Kenya, Angola, Ethiopia and Zambia as the “fragile five” of 18 countries covered in a recent report, and highlighted Uganda as among the continent’s brightest stars in 2022.

With China more cautious about lending to African nations, the IMF is Ghana’s main hope if the country can’t improve its fiscal position, the analyst said. Stabilizing public finances may prove difficult given the government’s “overly ambitious” revenue estimates, while efforts to cut spending could face hurdles with public-sector wages and debt-service costs accounting for more than half of expenditure, he said.

“Whatever we do we are not going to the IMF,” Minister of Finance Ken Ofori-Atta told CitiFM radio on Friday. “The consequences are dire. We are a proud nation. We have the resources. We have the capacity. We are not people of short sight.”

While Kenya is still able to refinance its debt and is considering a $1 billion Eurobond in the first half of the year, political risks linked to elections planned for August could delay efforts to rein in borrowings and narrow the budget deficit.

East Africa’s largest economy has accumulated debt, including a high concentration of commercial loans, meaning servicing costs now stand at 35% of foreign-exchange reserves and 43% of tax revenue, according to Standard Bank.

Kenya falls into the same bracket as Ghana from a fiscal perspective, said Qureishi. The main difference is an IMF program that Kenya secured last year.

The bulk of Angola’s debt is held by commercial creditors

Angola was a major beneficiary of the G-20 nations’ Debt Service Suspension Initiative during the pandemic, allowing the crude-rich nation to delay almost $3 billion of payments last year. But with an IMF program drawing to an end, uncertainty about further bilateral debt talks and weak investments in the oil sector that could curb production, Qureishi advises caution.

Still, Angola has the potential for credit-rating upgrades in 2022 if things go well, according to Standard Bank.

Ethiopia is seeking debt restructuring under the G-20 common framework

While Ethiopia’s debt may appear sustainable due to the relatively low proportion of loans held by commercial lenders, foreign-exchange shortages exacerbated by the pandemic and a protracted civil conflict mean it has to “reprofile” its loans if a default is to be avoided in 2022, according to the bank.

“Ethiopia is on the brink,” said Qureishi. “When you look at the short-term debt service as a function of foreign-exchange reserves, it is much more concerning in Ethiopia than it is in Ghana.”

Africa’s second-most populous country plans to reorganize borrowings under the G-20’s so-called Common Framework, a move that’s likely to hamper lending by foreigners and mean disbursements under an IMF program will only be reinstated when progress is made, he said. Low foreign-exchange reserves, last reported at $2.3 billion in May, remain a concern, he said.

Zambia became the continent’s first pandemic-era defaulter in 2020. It’s since secured staff-level agreement for a $1.4 billion IMF facility that’s partly subject to progress on debt restructuring under the Common Framework. Advances may however be limited as the role of China, the southern African nation’s largest external creditor, remains unclear, Qureishi said.

It’s not all gloom and doom: Uganda’s economy is expected to boom after its government lifted harsh Covid-19 restrictions. Significant investments in oil and the construction of a pipeline that will turn the landlocked East African nation into a significant crude exporter are expected to bolster output, according to Qureishi.


Debt Debt to GDP ratio
how can we help you?