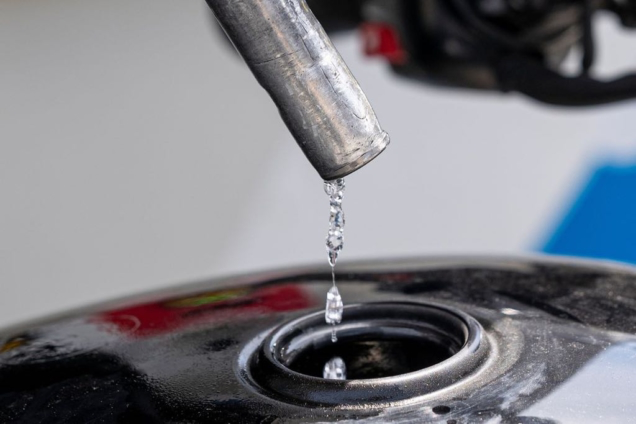 Speaking in an interaction on Asempa FM’s Ekosiisen on Wednesday, Mr. Nsiah stated that the forex rates are too high.

According to him, the oil companies use a forex rate of 19 cedis to the dollar in setting the prices.

Mr. Nsiah stated that he is worried because the forex rates in fuel price determination have an impact on fuel consumers.

“The forex rate they are using is too high .. if they use that forex rate to set prices within two weeks and the cedi depreciates, I will be affected not government,” he said.

The Energy Analyst urged the government to work with the BDCs to reach an agreement and sign a Memorandum to reduce the forex rates.

He added that if the BDCs fail to comply, government can elevate Bulk Oil Storage and Transportation Company Limited (BOST) to compete with the BDCs. He added that BOST should be made “to import products into this country and sell it on the market.”

“That 60 million dollars given to BDCs to set the prices, if the government handed it to BOST for instance to import the products, it would help all of us,” he said.

On Tuesday, petrol and diesel prices were sold for an average of ¢18 and ¢23 per litre, from the previous prices of ¢15 and ¢19 per litre respectively.

Presently, the price of crude oil on the world market is relatively stable, selling at $94 per barrel.

Meanwhile, in relieving the Ghanaian from the fuel hikes, Information Minister, Kojo Oppong Nkrumah disclosed that the government has commenced plans to secure cheaper petroleum products for supply onto the Ghanaian market.

The Minister made this revelation while speaking to Evans Mensah on JoyNews’ PM Express on Monday.

According to him, the National Petroleum Authority (NPA) and the Ministry of Energy will provide further details about the importation of fuel onto the Ghanaian market in the coming days.

He noted that the Energy Ministry had already begun talks with some major sources and sovereigns in the supply of petroleum products.

“In President Kufuor’s time, we did it with Nigeria, Sahara lifting for us and you could have supply credit lines and a fixed price that you could bank on and it is a very similar arrangement that has already commenced and I am expecting that in the coming weeks the NPA, the Energy Ministry will have the opportunity to provide the details,” he said.


Fuel price
how can we help you?