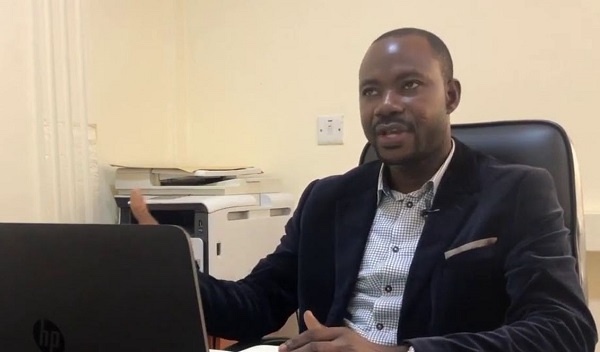 The fiscal measures announced yesterday by Finance Minister, Ken Ofori-Atta, is expected to restore the fiscal consolidation process outlined in the 2022 Budget, Economist Dr. Adu Owusu Sarkodie has pointed out.

According to him, the measures which are short-term in nature will boost confidence and send positive signals to investors to continue to do business with Ghana.

He however wants government to exhibit commitment towards implementation of these measures.

Speaking in an interview with Joy Business, Dr. Adu Owusu Sarkodie, who is with the Economics Department of the University of Ghana said these measures will also reshape some macroeconomic indicators.

“The Minister [Ken Ofori-Atta] sought to do all these measures to restore confidence in the economy, confidence on the path of Ghanaians, to tell Ghanaians that well through the town hall meetings they’ve listened to their concerns and have attended to them. And also the confidence to the international community that they’re doing something about the economy and therefore they should come and invest in the economy of Ghana”.

Some of the measures announced by the Finance Minister are additional 10% cut in discretionary spending, 50% cut in fuel coupon allocations for all political appointees and heads of government institutions, moratorium on the purchase of imported vehicles for the rest of the year and moratorium on all foreign travels, except pre-approved critical/statutory travels.

Others are prioritising ongoing public projects over new projects, reduction in expenditure on all meetings and conferences by 50% with immediate effect and pursue of a comprehensive re-profiling strategies to reduce the interest expense burden on the fiscal.

Government also announced some reliefs to cushion Ghanaians against the economic shocks. They including 15 pesewas per litre reduction in price of petrol and diesel with effect from 1st April, 2022.

Dr. Owusu Sarkodie said these fiscal measures will complement measures from the Bank of Ghana to improve the economy once again.

“Remember, the Central Bank raised the policy rate just also because of the increasing inflation. So the exchange is rate was driving inflation, was driving all sorts of other macro variables in the economy. To restore the value of the cedi was key at this crucial moment and these measures are short term in nature.”

“And I’ll say that the other take of this is to restore economic growth and also provide safety net to cushion the poor and vulnerable”, he added.