HomeNewsBanking and FinanceFinance Minister revises overall GDP growth; rate of 3.7% down from 5.8%

Finance Minister revises overall GDP growth; rate of 3.7% down from 5.8% 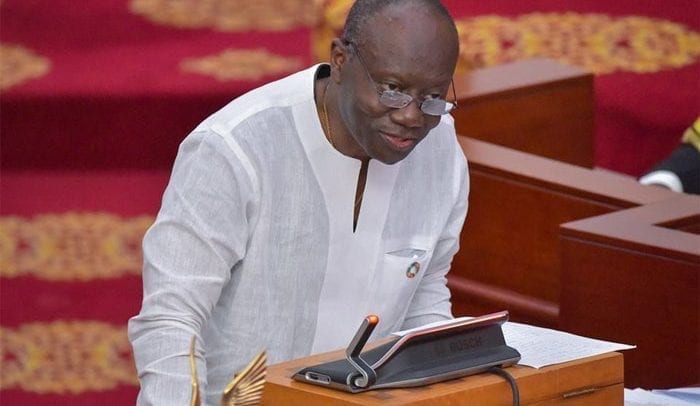 The Overall Real Gross Domestic Product (GDP) for 2021 grew strongly by 5.4 per cent compared to 0.5 percent recorded in 2020 and the revised 2021 annual target of 5.1 percent, the Finance Minister, Ken Ofori-Atta has said in the 2022 mid-year budget review.

Presenting the budget in Parliament on Monday, July 25, he said, at the time of presenting the 2022 Budget in November last year, we
provided information on macroeconomic developments for the first nine months of the 2021 fiscal year.

“We now have received updated information through to the end of December 2021,” he said.

Regarding the Macroeconomic Performance for half-year 2022, he said provisional Q1-2022 National Accounts Statistics published by Ghana
Statistical Service (GSS) in June 2022 shows that the overall real GDP growth for the first quarter of 2022 was 3.3 percent compared to 3.6 percent recorded in the same period Non-oil GDP for the first quarter of 2022 grew by 3.7 percent compared with the Q1-2020 growth of 5.3 percent.

“Furthermore, based on the developments for the first six months of 2022 and outlook for the rest of the year, we have accordingly revised the macro-fiscal targets for 2022 as follows: Overall GDP Growth rate of 3.7 percent down from 5.8 percent; Non-Oil GDP Growth rate of to 4.3 percent down from 5.9 percent, End period inflation of 28.5 percent up from 8 percent; The overall fiscal deficit of 6.6% of GDP down from 7.4%.”

“Primary surplus of 0.4% of GDP up from a surplus of 0.1% of GDP; and The Gross International Reserves of not less than 3 months import cover.”


#2022 Mid-Year Budget Review Ken Ofori-Atta
how can we help you?