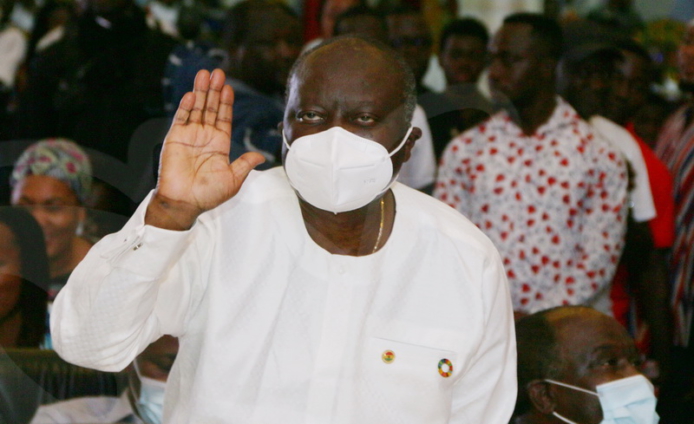 A member of the National Democratic Congress, Alfred Ogbamey, says the Finance Minister, Ken Ofori-Atta may be out of office by next week.

According to him, following recent agitations from the Majority side in Parliament and the Minority filing a motion of censure against the Minister, it is expected that Ken Ofori-Atta will step down sooner than is expected.

Earlier, Majority MPs in Parliament had threatened to boycott the reading of the 2023 budget if Finance Minister, Ken Ofori-Atta was not sacked.

Addressing a press conference, the NPP lawmakers stated that they are displeased with the management of the economy under Ken Ofori-Atta.

The MPs have therefore signed a petition urging the President to sack his cousin, Ken Ofori-Atta.

“We have made our great concern to the President through the Parliamentary leadership and the leadership of the party without any positive response.

“We are by this medium communicating our strong desire that the President changes the Minister of Finance and the Minister of State at the Finance Ministry without any further delays, in order to restore hope in the financial sector and reverse the downward trend in the growth of the economy”, MP for Asante Akim North, Andy Appiah-Kubi said.

The legislator continued, “meanwhile we want to serve notice, and notice is hereby served that until such persons as aforementioned are made to resign or removed from office, we members of the Majority Caucus here in Parliament will not participate in any business of government by or for the President by any other minister.”

Following an intervention from the Presidency and the New Patriotic Party officials, the NPP MPs relaxed their ultimatum after being assured that their concerns will be revisited after an IMF deal has been reached and the 2023 Budget statement read and appropriated.

Nonetheless, the Minority caucus in Parliament filed a motion of censure against the Finance Minister.

The grounds for the Minority’s motion include mismanagement of the economy, alleged withdrawals from the Consolidated Fund, and illegal payment of oil revenues into offshore accounts among other reasons.

The Speaker of Parliament has since directed the motion to be presented to an adhoc committee to interrogate the reasons for the vote of censure against the Minister.