HomeNewsBanking and FinanceEthiopia’s parliament passes budget for next fiscal year 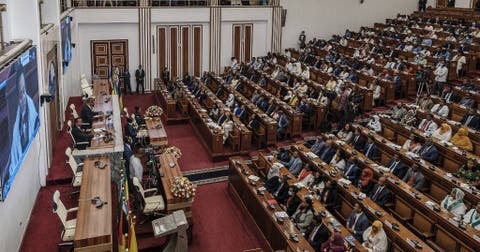 The Ethiopian parliament on Thursday approved a budget of about 15.1 billion U.S. dollars for the country’s 2022/2023 fiscal year that began on Friday.

The budget is up 40% from the previous year and slightly higher than the country’s inflation rate.

According to the text presented to parliament, the state budget for the fiscal year in Ethiopia is 786.61 billion birr (about 15 billion euros) against 561.7 billion birr in 2021-2022.

According to the government, the budget increase is 16.6% in real terms. Inflation stood at 37.2% year-on-year in May, according to the latest available official figures, and the birr has depreciated by about 20% against the dollar over a year.

In addition, 14 billion birr is earmarked for the implementation of the Sustainable Development Goals (SDGs).

This budget is based on a growth forecast of 9.2% in 2022-2023, explained the Minister of Finance, Ahmed Shide, when presenting the text to the MPs at the beginning of June.

The government is forecasting growth of 6.6% for the fiscal year just ended, compared with the IMF’s forecast of 3.8%.


Advanced Economies Africa Economy Ethiopia
how can we help you?