HomeNewsEconomicsEconomy on its knees; cut down expenditure and go to IMF – Alex Mould

Economy on its knees; cut down expenditure and go to IMF – Alex Mould 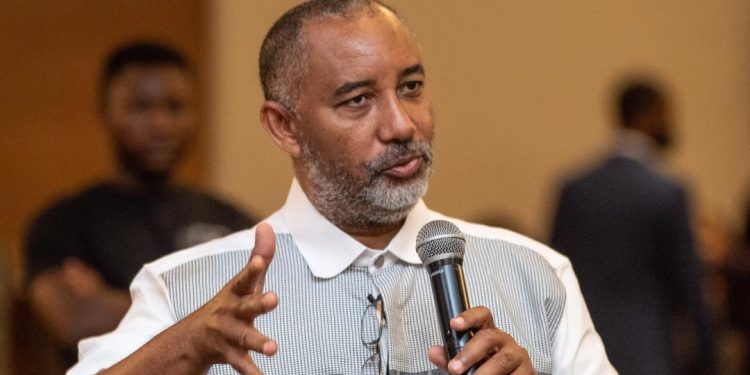 A former Chief Executive Officer of the Ghana National Petroleum Commission (GNPC), Alex Mould is imploring the government to as part of its austerity measures reduce public expenditure in the face of the country’s economic challenges.

In addition, he says calls for the government to return to the International Monetary Fund (IMF) must be heeded without further delays to salvage the economy.

“First is management of the expenditure because that is what is within our direct control. The most important thing is that, we need a credit line because our credibility is very low. The only way we can bring the credibility up is to go to a very credit worthy institution to hold our hands to our various creditors and ask them for extended reduced interest rate to minimize debt rate so we can have room to operate”, he told Bernard Avle on the Point of View on Citi TV.

The new ratings, they say, reflect Ghana’s challenges in fixing its liquidity and debt challenges.

With limited access to the international financial market, Ghana, for instance, is turning to domestic revenue mobilization to rescue the situation.

Some analysts have proposed seeking an IMF bailout as a better alternative amidst wide public disapproval for the E-levy, but the government has indicated on different platforms that it does not want to seek assistance from the IMF.

Touching on the fresh calls for Ghana to seek support from the IMF, Mr. Mould maintained that the timing will only be right if government fast tracks processes to seek such assistance to stabilize the economy.

“Obviously, we need new money and right now, without that credibility, no one is going to listen to us. So it is not that someone wants us to go to the IMF because that is the institution that gives us the credit derivative, but rather when we will go to them, and the earlier the better we recover over time. So wee need to cut down on our expenditure and get our credit lines open and manage our local interest rate”.

The Finance Ministry in a statement said it is puzzled by Moody’s rating of the country.

“We are at odds to understand Moody’s assertion of the deterioration of Ghana’s institutional strength, given Ghana’s reputation as a beacon of democracy in Africa.”

“The government of Ghana is therefore completely puzzled by the decision to downgrade Ghana’s credit rating to Caa1, despite the series of progressive engagements we had with the team from Moody’s, the quality of data supplied, as well as the medium-term economic and fiscal focus of the government, underpinned by key fiscal consolidation reforms such as the policy decision to cut expenditure by 20%, as recently announced by the Minister of Finance,” government added in the statement.


Alex Mould Fitch GNPC Imf
how can we help you?