HomenewsBanking and FinanceEconomy expanded by 6.6% in quarter 3, 2021 – BoG 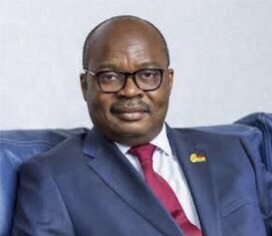 Even before the Ghana Statistical Service releases the third quarter and final year growth rate of the country, the Bank of Ghana estimates indicate that the economy expanded by 6.6% in the third quarter of last year.

This is higher than the 5.1% recorded in the second half of 2021, signifying that the economy grew strongly last year, perhaps higher than most forecasts, despite the existence of COVID-19 pandemic

From the figures, the half-year growth rate of the country in 2021 was stronger than the provisional figures released by the Ghana Statistical Service, which pegged the second quarter growth rate at 3.9%. For the sectors, the services sector recorded the highest growth rate, expanding significantly by 13.4% in the 3rd quarter of 2021. It was followed by the agriculture sector, which grew by 9.2%.

Industry however contracted by 2.0%, largely from a decline in oil production and its sale.

Ghana’s economy expanded by 3.9% in the second quarter of 2021, according to provisional figures from the Ghana Statistical Service.

During the same period last year where Covid-19 had emerged, the Gross Domestic Product (GDP) growth rate was -5.7%.

However, GDP growth rate without oil and gas (Non-Oil GDP) for second quarter 2021 was 5.2%, which is against a growth rate of -5.8% recorded the same period last year.

According to the figures, the increase in the Gross Domestic Product (GDP) growth rate was driven by a strong pick-up in the Services and Agriculture sectors.

The Health and Social Work (20.75%), Information and Communication Technology (20%), Hotel and Restaurants (18.7%) as well as Fishing (12.7%) Sub-sectors expanded significantly.