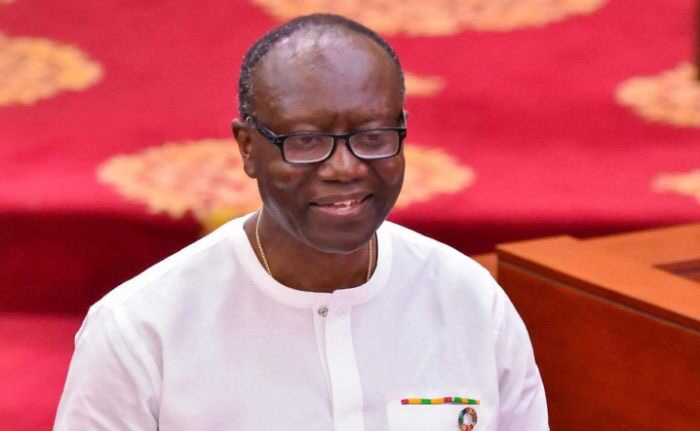 The Minister of Finance, Ken Ofori-Atta, has revealed that the electronic transaction (e) levy is set to be reviewed as the proceeds so far are woefully inadequate.

Speaking during an interview, Ofori-Atta said the levy has so far failed to raise even 10% of Ghc 600m monthly figure that the government projected it to raise.

Ergo, Ken Ofori-Atta said the government will soon review the programme and also take measures to increase the number of Ghanaians who are compliant with the tax.

He said the review is part of measures to increase domestic revenue mobilisation.

“Of course, heightened tax compliance and increased tax audit exercises will continue to be complemented by policy initiatives that allow us to tap into a wider pool of taxpayers in the years ahead. Towards this therefore we are looking at areas around the E-Levy to ensure its efficient implementation,” he added.

Currently, Ghanaians are paying 1.5% of the value of any electronic transaction above Ghc 100 to the government, the controversial e-levy.

Recently, Ghanaians have complained that the tax is being charged even on transactions below Ghc 100.