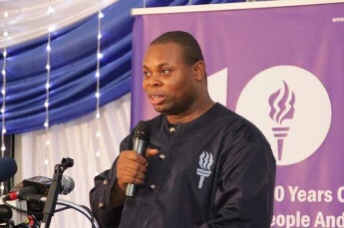 A recent IMANI Africa survey has revealed that people have started reducing the volume of transactions on electronic platforms which could result in a higher attrition rate for the first 3 to 6 months after the introduction of the levy than earlier anticipated.

The survey which assessed the Impact of the 1.5% Tax on Electronic Transactions (E-Levy) on Ghanaians and the coping strategies adopted by citizens, found that about 83% or 8 in ten respondents have changed their volume of transactions since the implementation of the E-levy in May 2022.

Of this number, about 47% indicated that they had reduced the number of mobile money transactions by about 51% to 100%. This change in consumer behavior, according to IMANI, may lead to government not meeting its E-levy revenue target for this year.

“Our findings suggest that the official 24% attrition rate, which the government estimates for the first three to six months following the introduction of the e-levy, is likely to be much higher.

“This finding implies that the forecasted GHS4.5 billion e-levy revenue target for 2022 is unlikely to be attained given the strong consumer backlash and people finding alternative means of undertaking financial transactions”.

A recent news report quoting the Director of Research and member of the Monetary Policy Committee at the Bank of Ghana, indicated that Ghana realized GHS54 million from the E-levy in the first month of its implementation.

However, the Bank was unsure if it was due to changes in consumer behavior but “Our survey indicates a strong demand elasticity or response to the use of digital financial services by the sample population”, IMANI stated.

According to IMANI, several respondents indicated they had found alternative means to avoid paying the e-levy. This included the following measures: carrying physical cash (43.8%), using the mainstream commercial banks (18.1%), and exploiting loopholes in the system by collaborating with mobile money vendors to allow cash out (20.7%), among others.

Meanwhile, a majority (55.3%) of respondents indicated that they used their digital financial services account for personal purposes such as paying medical bills, school fees, ordering food, and sending money to family, among others.

This was followed by business transactions (32.8%) such as payment for goods and services, and lastly, payment for government services (9.4%), such as payment of taxes to the Ghana Revenue Authority (GRA), passport, and Driver and Vehicle Licensing Authority (DVLA), among others. What is interesting to note here is that the ratio of personal use to the combined business transitions is almost 2:1 for the sample population, IMANI noted.

The Policy Think Tank, highlighted that prior to the imposition of the E-levy, the respondents prioritized the convenience (46.5%) of digital financial services, followed by the security (27.5%) that such digital platforms offer and lastly, the fact that transfer costs (24.8%) were no more than GHS10 regardless of the amount being transferred.

“We, however, see a change in response in the post-e-levy implementation period: transfer cost is now ranked as the second important factor by respondents (36.73%), despite convenience (44.19%) still retaining the top spot, albeit dropping marginally”.

An overwhelming majority of respondents (85.9% or 9 in ten respondents) indicated they were strongly against or somewhat not in support of the E-levy. Another 13% either strongly supported or somewhat supported the e-levy, while 1.1% remained undecided.

The main reasons for such support were to allow the government to collect more revenues for development purposes (38.9%) and to include those in the informal sector of the economy in paying their fair share of taxes (widening the tax base; 54.2%). This view has also been shared in various official policy communications regarding the E-levy, IMANI stated.

Opposition to the E-levy provided by respondents, indicated that the government could take additional expenditure measures by cutting down on waste.

For example, 32% of those not supporting the E-levy indicated that the government could cut down on wasteful expenditures such as Land Cruiser V8 cars, allowances, conferences, and travel.

It is apparent here that many citizens (72.6%) feel that the government already collects enough taxes and should prudently manage the expenditure side of the equation, IMANI stated in the survey report.


Bank of Ghana Imani
how can we help you?