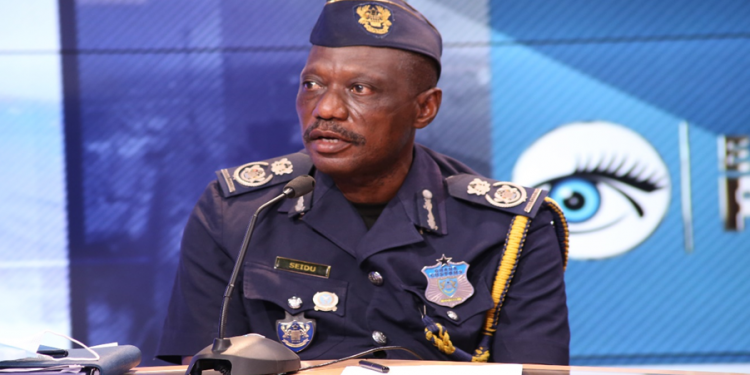 The Deputy Commissioner in Charge of Ethics and Good Governance at the Customs Division of the Ghana Revenue Authority, Alhaji Seidu Iddrisu Iddisah has called on policy makers in Ghana to enforce the international practice where goods bound for transit must be containerized.

The Deputy Commissioner who was speaking on the Eye on Port programme, said this is important for the purposes of security of cargo, proper tracking and monitoring and road safety.

According to him, cargoes slated for transit to the neighbouring countries or those under any of customs’ suspense regimes in Ghana are usually non-containerized and often reinforced with tarpaulins or other binding material subjecting it to possible manipulation.

“Most often you will see cargo on open trucks. Sometimes when they (truck drivers) leave the port, they load over the recommended height and weight so when they get to the weighbridge, they offload some to appear compliant. All this is done at the blind side of customs.”

Alhaji Seidu Iddrisu Iddisah lamented that the non-implementation of this standard practice in the subregion saying it contributes to some of the malpractices and loopholes such as inaccurate cargo tracking, and cargo diversion associated with the transit trade.

The Deputy Commissioner in Charge of Ethics and Good Governance explained that cargo containers have been designed to enable easy fixing of tracking devices which promotes accurate monitoring of transit bound cargoes.

He however disclosed that the attention of the hierarchy at the Customs Division of the GRA has been drawn and hopefully some remedy would be provided by government.

He also said his outfit will strengthen collaboration with the Driver and Vehicle Licensing Authority and Road Safety Authority to ensure that laws governing the use of roads such as road worthiness are abided by in the transit trade.

He disclosed that the Customs Division of the Ghana Revenue Authority (GRA) in collaboration with its partners from the United States of America, under the Security Governance Initiative is working towards the introduction of an e-cargo tracking system.

According to Alhaji Seidu Iddrisu Iddisah, the e-tracking system when deployed will provide durable smart devices with long lasting battery life that can trigger alarms during any abusive practices.

He said, “there are some which have the power to last for about two months which other jurisdictions are using. They also have devices that, at any of the intervening stations or checkpoints, you can point to the tracker and it will give you details of the declaration of the goods inside. So, if there is any tampering, it would give alerts.”

The Deputy Commissioner said the prospective e-tracking system due to its smart technology and features will serve as support to the existing trackers being deployed in the country currently.

He said a flawless cargo tracking system would inure to the benefit of all parties in the transit trade because it would lead to the decongesting of the port, secure state revenue, facilitate trade while fishing out offenders.


CEPPS GH GRA
how can we help you?