HomeNewsEconomicsDeficit in services and income accounts causing depreciation of the cedi

Deficit in services and income accounts causing depreciation of the cedi 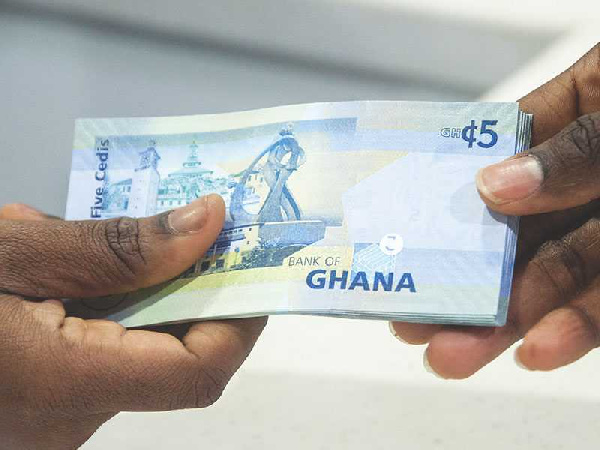 The cedi, as at mid-March 2022, had depreciated by 14.6 percentage points against its anchor currency the US dollar – more than three times the depreciation rate of 4.1% for the entire year of 2021.

In just two and half months into this year, the cedi had depreciated from 0.3% at end January 2022 to the 14.6% noted by the Bank of Ghana in its March 2022 Summary of Economic and Financial Data.

Against the Euro and Pound, the cedi has deprecated by 11.6% against each currency.

Various reasons have been assigned to the fast deprecation of the cedi with the notable ones being the country’s high public debts and interest payments (which is paid in dollars), downgrading of the country’s credit rating, significant rise in the yields on the country’s bonds, increased demand for the greenback by businesses in the country for imports among several others.

The depreciation of the cedi is despite the positive trade balance (surplus) recorded since 2017.

According to the BoG 2022 March Summary of Economic and Financial Data, trade balance surplus amounted to GHS 1.1bn at end-2021 and GHS 404m at end-February 2022 (due to higher imports).

Given the trade balance surplus recorded for the last four years, it is expected that there will be enough foreign exchange for the country to help strengthen the local currency, however, that seems to not be the case.

Explaining the main reason for the cedi’s depreciation, Economist and Finance Lecturer at the University of Ghana Business School (UGBS), Professor Godfred Bokpin, asserted that the free fall of the cedi is as a result of the huge deficits recorded in the Services and Income Accounts of the country’s Current Accounts.

According to Prof Bokpin, deficits in the Services and Income Accounts offsets the trade surpluses recorded from exports.

“The Services and Income Accounts has been recording huge deficits which then offsets the surpluses recorded from trade balance and the net effect is the depreciation of the cedi.

“When you see the Services and Income Accounts recording deficits, it is a reflection of the low local content and low-ownership structure of our economy.

“We tend to rely on foreign capital in financing our growth and the returns on these capital which can come in the form of interests and dividends gets repatriated. And all these are not captured in the trade balance.

“All the key sectors such as the banking sector, manufacturing, telecoms, oil and others are all mainly owned by foreigners, low ownership or content is very low.

“So until we take drastic measures to increase the local content in our economy, we will keep talking about these things and the cedi will continue to depreciate,” he argued.

As at the end of the first quarter of 2021, the Services and Income Accounts recorded a deficit of $1.89bn.

Cedi depreciates 14.6% to the dollar

The depreciation of the Cedi as at mid-March 2022, has been pegged at 14.6 percent by the Bank of Ghana (BoG).

Data made available by the Central Bank via its Summary of Economic and Financial Data report indicates that the cedi within the last three months of 2022 has depreciated by 14.3 percent.

The cedi’s depreciation worsened further as it depreciated by 14.6% to the dollar by mid-March 2022.

Against other major trading currencies such as the British Pound and Euro, the cedi has depreciated by some 11.6 percent against both currencies.

The fast depreciation of the cedi against the major trading currencies particularly the dollar, can be attributed to recent downgrades of the nation’s Eurobonds, increased demand for dollar, half-decade high inflation, and dwindling confidence in the nation’s policy credibility, among others.