HomeNewsEconomicsDebt exchange programme: Banks asked to hold on with engagements

Debt exchange programme: Banks asked to hold on with engagements 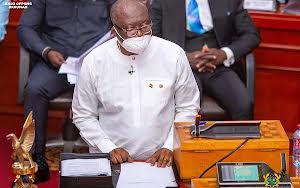 The success of the government’s Domestic Debt Exchange Programme (DDEP) is likely to hit a massive setback.

This comes on the back of information gathered by Citi News suggesting that the Ghana Association of Banks is urging its members to stay any further engagement in the DDEP until their demands have been met.

According to the association, this is due to the foregoing and numerous uncertainties surrounding the programme.

The association is also calling on any Managing Director or Chief Executive Officer (CEO) of any financial institution who wishes to go ahead with the programme to contact the CEO of the Ghana Association of Banks directly for approval.

This comes a day after government extended the deadline for the registration of the Domestic Debt Exchange Programme to 31st January 2023.

It is also crucial because of the key role banks play in the Domestic Debt Exchange Programme.

This is the third time the government has extended the deadline for the bondholders to voluntarily exchange their bonds for new ones.

It is currently unclear how many institutions or individuals have signed onto the programme which has been rejected by several groups.

In the government’s quest to address the country’s ongoing economic challenges, it launched the programme to invite holders of bonds to voluntarily exchange approximately GH¢137 billion domestic notes and bonds of the Republic including ESLA and Daakye for a package of new bonds.

The domestic debt exchange program since its announcement has faced huge opposition from labour groups which managed to get pension funds exempted. Other groups including the Individual Bondholders Association have also rejected the programme.

The extension comes after the Majority Leader, Osei Kyei-Mensah-Bonsu called on the Finance Minister to undertake extensive consultations on the debt exchange programme to allow bondholders better understand their options.