HomenewsEnergyGhana: Cost of LPG to cross GHC200 if taxes are not scrapped – Gabriel Kumi

Ghana: Cost of LPG to cross GHC200 if taxes are not scrapped – Gabriel Kumi 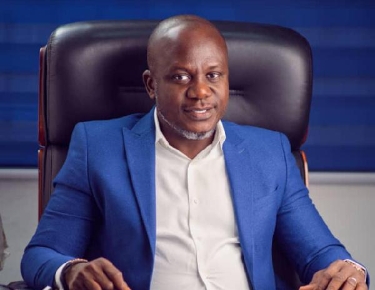 The Vice President of the LPG Marketers Association, Gabriel Kumi, has urged the government to scrap off taxes on Liquefied Petroleum Gas or the country might suffer another increase in the price of the product which will inch up to GHC200 per 14-kilogram cylinder.

He noted that the failure of government to intervene in the price adjustment of the commodity may induce unbearable hardships for consumers.

“Our projection is that if government doesn’t intervene, within the next three months, we are going to buy a kilogram of LPG for about ¢14, ¢15. And that will shoot your household cylinder to about ¢250, ¢260 to fill,” he said in an interview on Thursday.

Government restored the Price Stabilisation and Recovery Levy (PSRL) on fuel products with ¢0.16 pesewas per litre on petrol, ¢0.14 per litre on diesel, and ¢0.14 per kilogram on LPG.

Additionally, Mr. Kumi blames this development on the recent poor performance on the local currency, the cedi.

He adds that, “once the cost keeps moving up and you have constant taxes and levies, you expect that the price will continue to go up.”

The recent changes in the pricing are said to be impacting adversely on the businesses of the Marketers as some have already laid off their workers.

They want the government to consider repealing the taxes on the product.

“LPG Marketing Companies of Ghana have been calling on government to consider removing all the taxes on the product. Some West African countries are indeed subsidising the product,” Mr Kumi added.

Meanwhile, the Energy Ministry has said Ghanaians will pay back whatever government spends as subsidies.

According to Deputy Minister, Andrews Egyapa Mercer, this calls for a conversation that ought to be had among stakeholders as the country strives to fashion out a solution to the problem.

“It’s a process that has commenced. The NPA has sent the letter to us, and we’ve forwarded it to the appropriate authorities; it’s going to be deliberated, and then whatever decision is taken is going to be in the best interest of all of us.”

“If that decision is taken that government has to subsidise fuel, we all ought to know that post the issues being resolved, prices coming down, whatever amount of money government would have expended would still have to be paid back by all of us,” he said.


LPG Oil and Gas
how can we help you?