HomenewsAgricultureCocoa production in Ghana drop by 54% in 2021 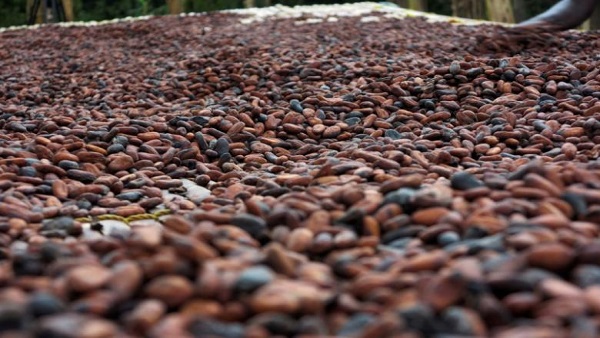 Cocoa production in Ghana and Ivory Coast for the year ending 2021 is said to have significantly dropped, according to figures from the International Cocoa Organization (ICCO).

The International Cocoa Organization has said in a statement that purchases and arrivals of cocoa beans from the two top producers of the commodity went down.

While Ivory Coast recorded a drop of 4%, Ghana instead recorded a staggering 54%, something that surprises the ICCO.

“It is unclear whether we are in presence of a poor season or other factors are affecting the evacuation of beans from the up country,” the ICCO statement read in part.

Specifically on Ghana’s staggering drop in production, the ICCO’s report said “purchases of graded and sealed cocoa beans for the 2021/22 cocoa year as at 6 January 2022 were reported at 263,000 tonnes, down from 570,000 tonnes recorded a year earlier.”

Cameroon also said it recorded low productions in the last quarter of 2021.

There are however expectations of higher yields and production in the 2021-2022 crop season.

“The adequate temperature and rainfall together with the mild Harmattan recorded in the previous months anticipated a good crop for the 2021/22 season,” the report mentioned.

In 2019 Ghana and Cote d’Ivoire announced that they had halted the sale of cocoa beans on the open market under the 2020/2021 crop season.

The decision was taken in Accra at a meeting for cocoa value chain representatives from both countries including traders and processors.

The two countries supply more than 65 percent of cocoa beans on the world market.

They were hoping that the move to suspend sale of cocoa beans would give their farmers better prices for the sale of their cocoa beans.

The two countries did get an upward adjustment in prices for their cocoa beans subsequently for their farmers.


Ghana Ghana and Cote d’Ivoire International Cocoa Organization (ICCO).
how can we help you?