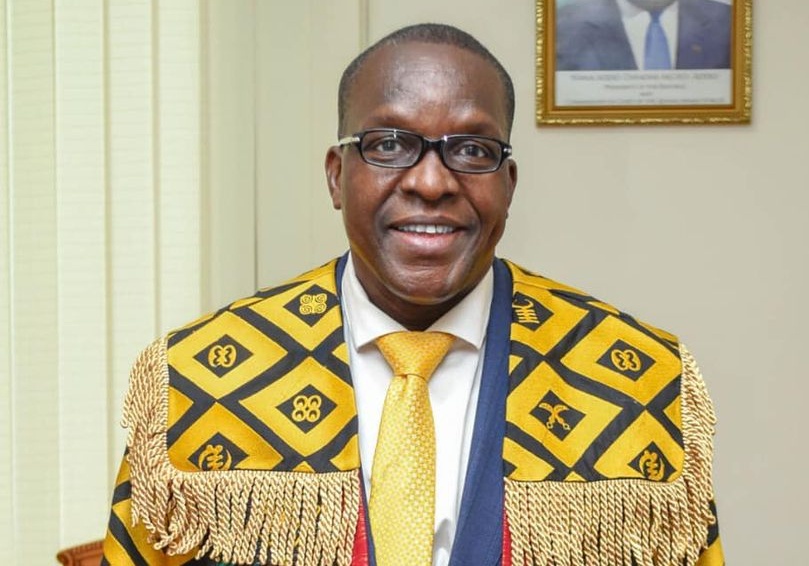 The Speaker of Parliament Alban Bagbin is on a collision course with President Akufo-Addo over his decision to slash budget estimates for the Judiciary and the Legislature.

Alban Sumana Bagbin during the presentation of the 2021 budget statement last Friday directed the Interim Finance Minister Osei Kyei-Mensah-Bonsu and the Vice President Dr Mahamudu Bawumia, who was present to convey the message to the President that any slash in the budget estimates for the two institutions will not be entertained.

This comes after President Akufo-Addo through his Executive Secretary Nana Asante Bediatuo announced to the speaker a ¢77 million slash in the estimate presented by the Judiciary and Judicial Service and over ¢119 million from the estimate of the Legislature.

The presidency cited current economic challenges for the decision.

But in a sharp rebuttal, the Speaker said, “The Budget is not for the Executive, we have the final power to approve and so what the Constitution has done is for them to make a recommendation and to negotiate during the deliberation before the House.

“It is not for Executive to impose views on the Judiciary and Parliament, we have to do the right thing and so during the consideration of the estimates particularly the Committees concerned take that on board.

“At the end of the day, come and inform us of the negotiated figure, not the ceiling that has been given by the President. That is not the intention of the 1992 Constitution. If you do otherwise, I as your Speaker will not append any letter for submission to the President for his actions…I mean what I am saying, the weakest link in our democracy Parliament and because of that we are not able to correct things like corruption, hold the nation to account and get the rule of law going,” he said.

The Speaker further disclosed he will not forward the Appropriation Bill to the President for his ascent when passed if negotiations are not done to find a common ground for the allocation of the two organs instead of the imposition.


2021 Budget Alban Bagbin Expenditure Parliament of Ghana
how can we help you?