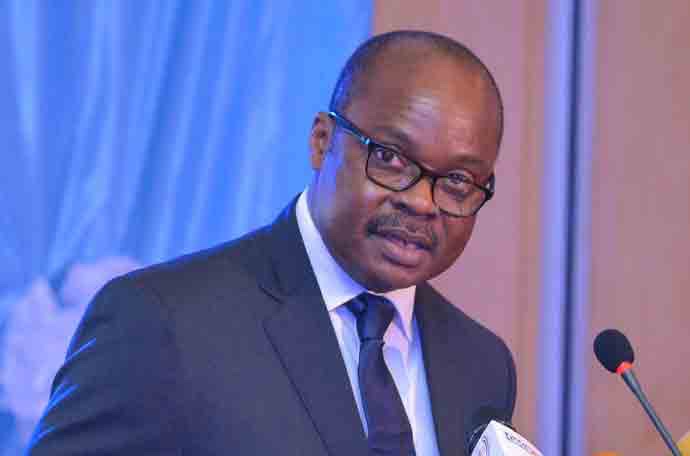 The Bank of Ghana (BoG) has increased policy rate by 200 basis points to 19 percent at the Monetary Policy Committee (MPC) meeting on Monday May 23.

The MPC attributed the decision to up the policy to increasing inflation rate.

Experts had predicted that the BoG was going to increase the policy rate.

Director of Research at the Institute of Economic Affairs (IEA) Dr John Kwakye said the MPC faced a difficult decision at its meeting in the face of the rising inflation.

The Minister of Finance, Ken Ofori-Atta attributed the rise in inflation to import.

At the next meeting of the MPC on May 18-20, Dr Kwakye said the central bank is expected to take critical decision to response to the sharp increase in the inflation rate.

At its previous meeting, the Committee raised the policy rate by as much as 250 basis points, bringing the cumulative increase during the past year to 350 basis points. So far, the policy tightening has not been able to slow down the inflation.

Other major central banks, like the US Federal Reserve, Bank of England and the European Central Bank as well as central banks of some emerging market economies have raised their interest rates in recent months in response to the surging inflation, although by smaller margins, mostly in the range of 25-50 basis points.

They have also struggled to bring their inflation under control. The question is: what should the Bank of Ghana do to arrest the skyrocketing inflation and the cost of living?

Dr Kwakye in a statement said “The MPC faces a difficult decision at its next meeting. In principle, the Committee bases its decisions on how it perceives the balance of risks between inflation and growth. Taking growth first, there is evidence of a fledgling recovery from the pandemic, with 2021 growth estimated at about 5.4%, as against the mere 0.5% recorded for 2020, and a further growth of 5.8% is projected for 2022, although the outlook is clouded by the Russia-Ukraine war.

“Growth should, therefore, not be an immediate concern to the Committee. On the other hand, inflation has more than tripled from 7.5% in May 2021 to 23.6% in April 2022. Fuel and food prices have been the major drivers in addition to the exchange rate. The role of fuel and food is evident in the fact that items like Transport (33.5%), Food and Non-alcoholic Beverages (26.6%), and Housing, Water, Electricity and Gas (25.0%), among the thirteen major divisions of the CPI basket, recorded much higher inflation than the average of 23.6%. Meanwhile, the inflation outlook is on the upside, given that the effects of the pandemic and the Russia-Ukraine war still linger on. At 23.6%, not only is inflation substantially above the BoG target of (8+/-2) %, but it has also markedly outstripped the current PR of 17.0%.”

I have argued previously—and repeat now—that in the Ghanaian context, a more comprehensive approach going beyond the IT framework is needed to stem inflation on a durable basis. In particular, BoG should engage with Government and relevant agencies to
target directly the key sources of inflation pressures, in particular, fuel, food, transport and the exchange rate. The country should be prepared to mitigate oil price shocks that may occur due to geopolitical developments.

This should require that BOST maintain strategic oil reserves that could be released to cushion pump prices in the midst of shocks. Government should also be ready to use some of its windfall earnings from higher oil prices to cushion domestic prices and also suspend or reduce some of the numerous fuel taxes and levies amidst oil shocks. For food, it is necessary to increase production and ensure storage and preservation of excess produce especially during the peak seasons so that buffer stocks may be released to cushion prices amidst shocks and during the lean seasons. For transport, the public transport system should be improved and the availability of intra- and inter-city public transport increased.

The public transport system should be subsidised to cushion the masses that mainly use it. For the exchange rate, it is necessary to leverage capacities and opportunities for earning foreign exchange, including through greater processing of export commodities and increasing earnings from natural resources. The institutional and legal framework regarding remittances should be reinforced to promote inflows from the Ghanaian diaspora. At the same time, demand for foreign exchange should be curtailed through policies that promote production of import substitutes domestically. In addition to the supply or cost drivers of inflation, fiscally-fuelled demand is also an important driver. It is, therefore, important to institutionalise fiscal discipline, including through adherence to the Fiscal Responsibility Act that limits the deficit to 5% of GDP, so that the demand side of inflation can also be restrained.”


BOG GSS
how can we help you?