HomeNewsBanking and FinanceBe transparent with data to IMF; fast programme depends on transparency – Terkper to government

Be transparent with data to IMF; fast programme depends on transparency – Terkper to government 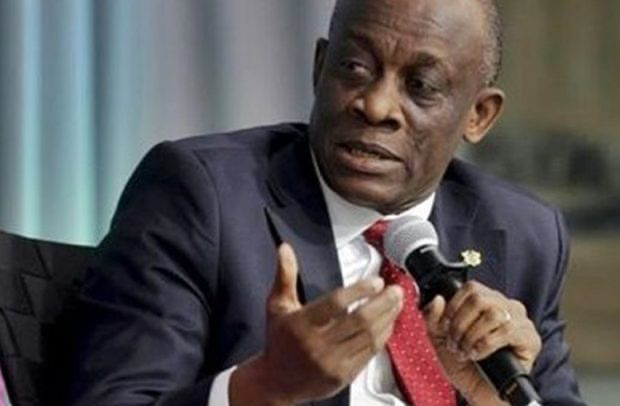 Former Finance Minister, Seth Terkper, is advising the government to be transparent as much as possible with data on revenue, expenditure and arrears in order not to delay the urgent economic programme from the International Monetary Fund (IMF).

Speaking at a media dialogue on Ghana’s negotiations with the IMF, Mr. Terkper said if the government fails to exhibit transparency with the data, the country will not get the programme as expected on time and that will hurt the economy more.

“What has dominated the discussions during the first round and going into the second round is a possible debt restructuring, refinancing or however, you may call it. And, we will give some examples and that is because we all know that debt is a problem that faces the nation. But I also want to remind us that debt is the outcome of raising revenue and borrowing beyond that revenue to the point we are in debt distress….there should be no question about that. And therefore, we have also faced downgrade.”

He mentioned that in a typical IMF programme, it will start from revenue, expenditure, and management of arrears “to give us the fiscal balance and go all the way to the fiscal and go into debt – where we are facing the difficulty”.

“Everything shows clearly that we are protecting certain expenditures as seems to be what is coming from some government officials, then a Fund [programme] is a non-starter.  Because it means that you are saying that the Fund gives you money to continue with the pattern of your behaviour. You should know that the Fund knows it all; if you read Article 4, they follow our debates, they know what is going on, they have an office here”, Mr.Terkper disclosed.

He further pointed out that a fast programme from the IMF will depend on whether the country can provide all the available date for scrutiny and approval.

Mr. Terkper also dismissed the perception that the ratings agency have been harsh to developing countries, saying, the developed countries have not been left out of the equation, citing the United Kingdom as an example.