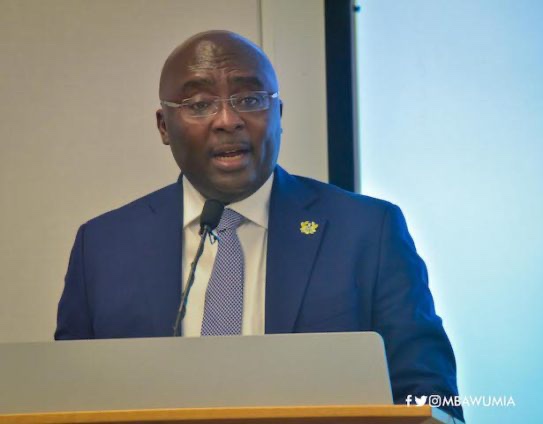 Ahead of Vice President Dr. Mahamudu Bawumia’s speech on the State of the Economy later today [April 7, 2022], Economist Professor Ebo Turkson has urged Dr. Bawumia to use the occasion to reassure Ghanaians and investors on important measures taken by government to revive the economy.The Vice President is expected to speak at a National Tertiary Students Confederacy [TESCON] Training and Orientation Conference at Kasoa in the Central Region.

Speaking to Joy Business, Professor Turkson outlined some key issues that must be addressed by Dr. Bawumia to bring back confidence to the private sector and investment community.

“We have had so many issues in the last three months. We’ve had issues such as the downgrade of Ghana’s economic ratings by the rating agencies, the sharp depreciating of the cedi, and the issue about the approval of the e-levy,” he said.

Professor Turkson maintained that there are many economic challenges that have in recent times negatively affected ordinary Ghanaians and businesses, hence outlining government’s short term plans aimed at reducing the challenges will be welcome news.

According to him, Dr. Bawumia, who is also the Chairman of Government’s Economic Management Team must seize the opportunity to reiterate measures embarked upon by the government to attract more investors in the face of the uncertainties in the global economic space.

“When people call on the Vice President to speak it is in the right direction because he is one of the best economic brains in the country and in government. His speech can send a good signal to Ghanaians and the investment community,” he stressed.

Touching on the impact COVID-19 and Russia’s invasion of Ukraine on the economy, Prof. Turkson stated that it is imperative for Dr. Bawumia to demonstrate how government intends to weather the storm.

“It is true that COVID 19 and the Russia-Ukraine issues are affecting the world and Ghana is no exception but, I expect him to tell us how the Economic Management Team intends to solve Ghana’s problem to improve the lives of Ghanaians,” he said.


#2022 Budget Dr Mahammud Bawumia Economy
how can we help you?