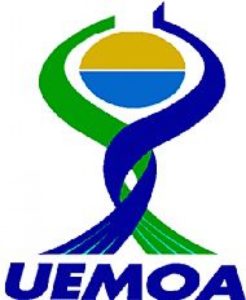 A report by the West African Economic and Monetary Union (WAEMU) and the International Monetary Fund (IMF) has revealed that the banking sector in West Africa is largely resilient to macroeconomic shocks, yet vulnerabilities remain.

The Financial Sector Stability Assessment (FSSA) report recommended the use of capital surcharge requirements under Basel Pillar 2 to address the risks, adding “liquidity risks are also amplified by the underdevelopment of the regional bond market, which needs to be developed further.”

It also recommended a timely introduction of the Basel III liquidity requirements which it believes would help banks internalize liquidity risks.

The report also identified an ambitious regulatory reform that has consolidated the prudential base and established the conditions for a further strengthening of banking supervision.

The Financial Sector Assessment Program (FSAP) found that the supervisory framework has become more risk oriented, but enforcement should be strengthened, supervisory resources increased, and the supervisor’s independence statutorily assured.

It said a bank resolution framework has been established but not implemented.

The FSSA therefore recommended that the framework be applied promptly to address already undercapitalized, nonviable institutions.

Other recommendations addressed include establishing procedures for the BCEAO emergency liquidity assistance (ELA) and measures to mitigate balance sheet risks.

The report also called for a further reform of the supervisory programme for Anti-Money Laundering/Combatting the Financing of Terrorism (AML/CFT) to fully adopt a risk-based approach and enhance onsite inspections.

The Executive Board of the IMF concluded the Financial Sector Assessment Programme with the WAEMU on April 27, 2022, without convening formal discussions.

The report is based on the work of joint IMF/World Bank FSAP virtual missions to the WAEMU completed between January 2021 and February 2022.

The Financial Sector Assessment Program (FSAP), established in 1999, is a comprehensive and in-depth assessment of a country’s financial sector. FSAPs provide input for Article IV consultations and thus enhance Fund surveillance. FSAPs are mandatory for the 47 jurisdictions with systemically important financial sectors and otherwise conducted upon request from member countries.


Basel III FSSA Imf WAEMU
how can we help you?