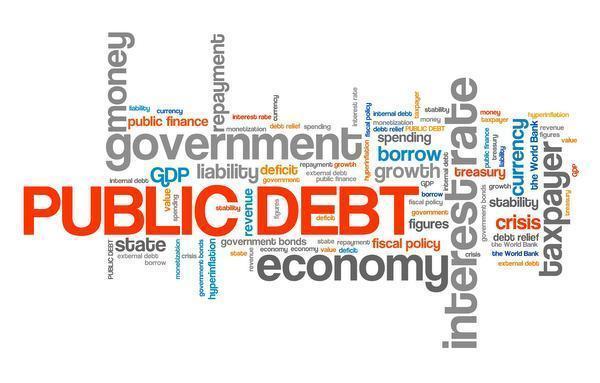 The country’s banking sector holds half of the country’s domestic debt – meaning the financial sector has become more comfortable investing in government instruments than lending to the private sector, a situation that a financial analyst says is a threat to the recovery plan.

According to the Bank of Ghana’s statistical bulletin (May) report, out of the total domestic debt of GH¢171.7billion as of May 2021, the banking sector – which includes the Bank of Ghana and commercial banks – holds GH¢86.5billion representing 50 percent of the debt, and is an increase in GH¢20billion from May 2020.

When further broken down, of the GH¢86.5billion the Bank of Ghana holds GH¢34.6billion while the commercial banks hold GH¢51.8billion – indicating that commercial banks are very active in the bond and Treasury bills market.

In fact, their holding in the domestic debt is bigger than the GH¢51.5billion held by the non-bank institutions which include SSNIT, insurance companies, rural banks, pension firms and other institutions, and individuals. The rest of the debt, GH¢33.6billion representing 20 percent, is held by non-residents.

The structure of domestic debt further reveals a whopping GH¢104.8billion is made up of investments in government’s medium-term bills such as two-year Treasury notes and 10-year bonds. Then, GH¢22.6billion is also made of up short-term bills such as the 91-day Treasury bill to one-year Treasury notes. The remaining GH¢44.2 billion also went into long term bonds such as 15-year bonds and above.

Commenting on this in an interview with the B&FT, professor of finance and Dean of University of Cape Coast Business School, John Gatsi, expressed concern about the impact of such a development on the private sector, saying businesses are being starved of financial support at the time they need it most.

“It means the domestic debt market is largely serving the interest of government and not really the private sector interest. The crowding out effect is in the domestic debt market structure in which the commercial banks, including the Bank of Ghana and non-banking financial institutions – including insurance companies and pension funds – are more oriented toward giving their money to government through purchase of the bonds that government issues.

He further added that if the practice continues for an extended period of time, the pandemic recovery plan – which is anchored on the private sector – will be delayed as businesses will continue to be starved of the needed capital.

“The economy’s recovery plan is based on access to credit for businesses to restructure their activities. And so if a chunk of the domestic debt market funds is provided to government, then access to credit is limited and access to capital to do the restructuring to remain very robust as a business is limited; and this is something that must be addressed.

“This is the time more attention should be paid to ensure an environment that is able to provide capital or access to capital for the private sector in a more informed manner,” Prof. Gatsi said.

Quite recently, the Monetary Policy Committee (MPC) of the Bank of Ghana also expressed similar discontent over the declining growth in lending to the private sector from banks – which is mainly due to their preference to lend to government, saying it will affect plans to recover the economy if it becomes a trend.

Even though the Committee admits heightened credit risk associated with the pandemic could be a factor influencing banks to tread cautiously in lending to the private sector, it further noted that banks are taking advantage of the excessive borrowing by government from the domestic market – a development it fears will have negative consequences on the economy, especially at time businesses need financial injections to boost their operations.

“The growth rebound that began in the last quarter of 2020 has continued into the first half of 2021. However, the Committee is concerned about the continued sluggishness in new lending by banks which could undermine the growth momentum.

“This slow growth in lending reflects increased credit risks on account of uncertainties in the business environment due to the impact of COVID-19 pandemic on the real sector, coupled with very high yields offered on government securities due to increased government borrowing.

“This crowding-out effect continues to keep the credit to GDP gap below the long-term trend, and is likely to delay recovery of the economy and discourage banks from strengthening their credit underwriting processes to manage credit risks from lending to underserved sectors of the economy,” the MPC report said.


Bonds Covid-19 pandemic MPR Prof Gatsi Public Debt
how can we help you?