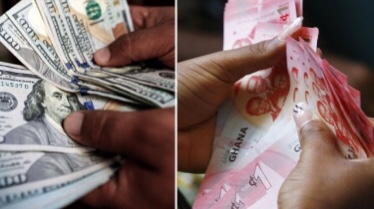 This follows calls by the Importers and Exporters Association of Ghana to do so.

The cedi has witnessed significant depreciation against the US Dollar in these few weeks into the year, the cedi is currently selling for about GHC 7.80 at some forex bureaus.

Some analysts have attributed the cedi’s problem to upside risks to the economy including high debt and interest payments, inadequate revenue and rising expenditure.

However, the situation has forced importers and exporters to increase the prices of their goods while they warn that prices will continue to go up if the cedi is not stabilized anytime soon.

According to Nana Otu Acheampong, Ghana is operating a floating currency system and therefore cannot peg the currency but will rather continue to implement measures that will help bring the cedi under control.

“We can’t do that, when we came out of the International Financial System, the exchange rate had two options, either you fix or you float and then there’s a hybrid form which is partly fixed and partly floating and Ghana is on the floating, we don’t have a fixed one.

“In the current dispensation, there is hardly any economy in the world with a fixed currency either to the dollar or the pound, no, everybody is floating now. So then you manage your floating and that’s what the Bank of Ghana has been doing, they have been managing the floating and this happened after the second world war when economies were faced with choosing either floating or fixed exchange rate,” he stated.


Bank of Ghana Cedi Depreciation Ghana
how can we help you?