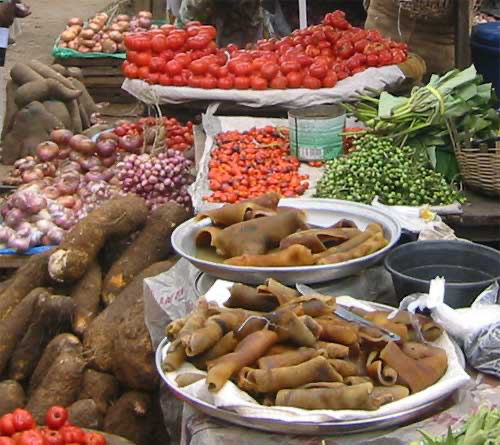 Data from the 2022 Annual Household Income and Expenditure Survey has revealed that 49.1 percent of the Ghanaian population was food insecure in the first quarter of the year.

This represents 15.1 million of the 30.8 million persons in Ghana.

The percentage however dropped by 7 percentage points to 42.1 percent in the second quarter; 13 million of the total Ghanaian populace.

The prevalence of food insecurity is higher in rural areas than urban areas.

The Greater Accra Region recorded the lowest food insecurity with a percentage of 27.2 percent, while the Upper East Region saw the highest of 73.7 percent.

It is also observed that all regions experienced a reduction in food insecurity between quarters 1 and 2 except for the Upper West Region which saw an increase from 61.8 percent to 55 percent.

Between quarters 1 (12.3%) and 2 (6.4%), severe food insecurity reduced by almost half. The decline is higher for rural households.

Prevalence of severe food insecurity is highest in North East Region (32.9%) and lowest in Eastern Region (7.3%).

The Survey, conducted by the Ghana Statistical Service, is being conducted to obtain quarterly and annual data on household final consumption expenditure and a wide scope of demographic, economic and welfare variables including statistics on labour, food security, multi-dimensional poverty and health status for research, policy, and planning.

Definitions of concepts (According to the GSS)

Food Insecurity – A lack of available financial resources for food at the household level.

Moderate Food Insecurity – People experiencing moderate levels of food insecurity will typically eat low-quality diets and might have been forced, at times during the last three months, also to reduce the quantity of food they would normally eat.

Severe Food Insecurity – People facing severe food insecurity have likely run out of food, experienced hunger and, at the most extreme, gone for days without eating.


Food security
how can we help you?