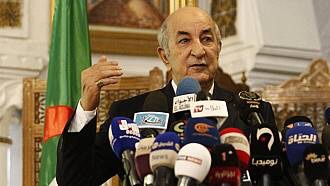 In Algeria, the professional association of Banks and Financial Establishments (ABEF) announced on July 29 that it was lifting restrictions on banking operations for foreign trade with Spain.The President of the Algerian-Spanish Circle of Commerce and Industry welcomed this decision saying many Algerian companies had suffered from it, especially those which imported industrial and agri-food products.

Direct debits for goods and services to and from Spain with the exception of gas supplies had been suspended since June 9. It caused confusion among customs authorities who had been asking the Algerian government to clarify how to apply such restrictions on non-Spanish products transiting through Spain or Spanish goods imported from non-European countries. The EU had also threatened Algiers with retaliatory measures in the absence of an agreement to end the dispute with its member.

This turnaround could be a sign of thawing relations between Algiers and Madrid after long months of diplomatic tension over Spain’s decision to support Morocco’s autonomy plan for Western Sahara.


Algeria
how can we help you?