HomeNewsBanking and FinanceAkufo-Addo must be on another planet; I measure Ghana’s inflation at 156% – Hanke

Akufo-Addo must be on another planet; I measure Ghana’s inflation at 156% – Hanke 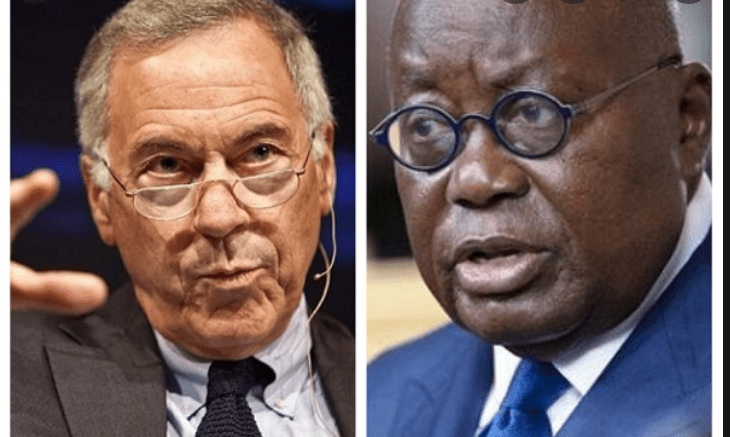 A Johns Hopkins Professor, Steve Hanke has said per his calculations, Ghana’s inflation rate is around 156 per cent despite the official rate of 40.4 per cent as announced by the Ghana Statistical Service.

The Government Statistician Professor Samuel Anim on Wednesday November 8 announced that inflation rate for October was 40.4 per cent.

He said at a press conference in Accra that the rate was at the back of increase in food prices.

Food inflation recorded the highest rate among all the components as against non food inflation according to the Ghana Statistical Service.

The increase by food inflation indicates a jump of more than 3 percent from the previous rate of 37.2.

But in a tweet, Prof Hanke said “Pres. Akufo-Addo says he will turn #Ghana‘s economic crisis “into an opportunity.” SPOILER ALERT: Akufo-Addo must be on another planet.


Ghana Statistical Services
how can we help you?