HomeNewsBanking and FinanceAkufo-Addo: Let’s make Africa a prosperous and inviting place for investment 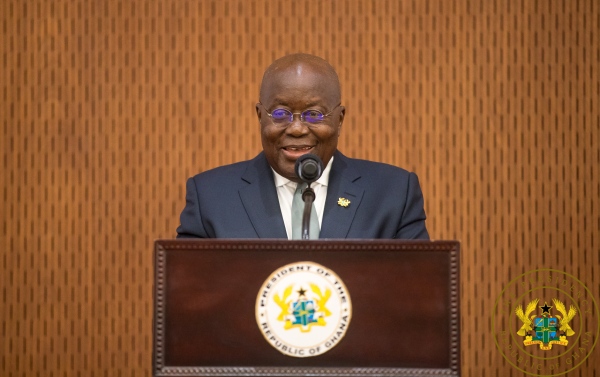 The African diaspora has been urged by Nana Addo Dankwa Akufo-Addo to shift the narrative of Africa, which has mostly focused on disease, famine, poverty, and illegal mass migration.

On Tuesday, November 13, 2022, President Akufo-Addo said at the Young African and Diasporan Leaders’ Summit, which was held concurrently with the US-Africa Leaders’ Summit in Washington, D.C., that “the urgent responsibility we face is to make our countries and our continent attractive for our people to see them as places of opportunities.”

President Akufo-Addo claims that history is full of instances where diasporan groups have positively impacted the growth and development of nations through expanded trade activities, rising investments, and the transfer of skills and expertise.

The President gave the audience, which included US Vice President Kamala Harris, the example of China, which has a population of 60 million émigrés, noting that the Chinese Diaspora is thought to be the 25th largest country in the world, with $2.5 trillion in assets, according to the Nikkei Asian Review.

“The Chinese Diaspora supported the economy when international businesses reduced their investments in China in the late 1970s. The Chinese Diaspora contributed $26 billion, or 50 percent, of the foreign direct investment that helped China become a manufacturing powerhouse in the 1990s, according to the Washington, D.C.-based Migration Policy Institute (MPI).” he continued.

The President pointed out that this serves as the foundation for Ghana’s “Beyond the Return” project, which he indicated builds on the significant success of the “Year of Return” and the reinvigorated passion for constructing Africa as a whole.

In order to reframe the narrative of Africa, which has mostly focused on disease, famine, poverty, and illegal mass migration, he urged young African and Diasporan leaders.

“Let’s keep in mind that Africa is the home of all black people, regardless of where they are in the globe. We should never forget Peter Tosh’s famous advice to “don’t care where you come from,” which is a well-known reggae star from Jamaica. You’re an African as long as you’re a black man,” President Akufo-Addo

“We must work to make Africa a place for investment, progress, and prosperity rather than a place where our youth flee in search of the illusion of a better life in Europe, Asia, or the Americas,” he concluded. In order to maximise the benefits of our relationships with the diaspora in mutually beneficial cooperation and as partners for shared growth and development, that is what “Beyond the Return” aims to achieve.

The liberation of the African peoples from the colonial and imperialist yoke and the racist ideology of apartheid in the second half of the 20th century was a significant victory for human freedom and progress. The President was optimistic that this development would be furthered in the first half of the 21st century and that a united Africa would see the rise of modern, prosperous, technologically advanced nations.

“We have had enough conferences and seminars, and, dare I say, enough talking. We are aware of what we must do. It’s time to just get it done. We are out of justifications for the condition of our continent. It’s time to make Africa work; we have the resources and ought to have the political will to do it, he continued.


Akufo-Addo Nana Addo Dankwa Akufo-Addo
how can we help you?