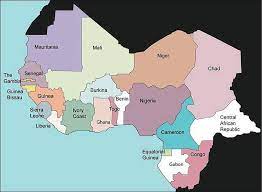 African countries access to global capital markets should be celebrated, but the road is bumpy and a more robust vehicle is needed

African governments have long lists of investment ideas essential for improving living standards. Taxes, foreign and domestic investment, and foreign aid all fall short of the financing required to meet these investment needs. Ideally, there would be an abundant flow of long-term capital from, into, and among African countries that did not create any debt. However, this is not the reality. So, to boost development, create jobs, become more productive, and make economies competitive, some African countries have chosen to borrow on global capital markets.

Rather than being viewed as a risk, access to these markets should also be seen as an opportunity to boost the region’s growth and development—especially as the sustainable development goals (SDGs) will fail if governments cannot access sufficient private capital. Policymakers, however, should remain clear-eyed about the risks while building a track record of putting money to good use.

Between 2007 and 2020, twenty-one African countries took the opportunity to access international debt markets, many for the first time. The instrument of choice has been eurobonds (foreign currency bonds issued in global financial centres). Along with this access to the markets came scaled-up lending from bilateral lenders, especially China, and continued access to loans from the multilateral organizations, like the IMF and World Bank.

This access to international debt markets was hard-won. African countries pulled-in the capital by turning their economies around after a prolonged crisis in the 1980s and 1990s. Investors had been attracted by expanding economies, low debt levels after debt relief, much improved macroeconomic policies, and the opportunity to diversify their portfolios. Other factors also helped, such as historically low interest rates that triggered a global search for yield. Behind the scenes, African countries’ finance ministries had been striving to get credit ratings and began equipping their debt management offices to manage the new types of borrowing.Rather than being viewed as a risk, access to these [global capital] markets should also be seen as an opportunity to boost the region’s growth and development…

The stock of African eurobonds reached $140 billion in 2021, having provided governments with a financial boost to their investment in infrastructure, technology, and skills. Longer-dated bonds of thirty years or more have been issued, and countries are issuing in Euro as well as US dollars. The increased bonds have meant African countries have increased their weight in the main emerging market bond indices. The bulk of the issuance had been by Africa’s larger emerging economies, including Egypt, South Africa, and Nigeria. But when compared to the size of their economies, issuance by the frontier economies of Ghana, Zambia, Senegal, Gabon, Ivory Coast and Angola was sizeable.

There is a saying that you’re not in the market when you issue, but when you repay. The good news is most market accessing African countries have been building repayment track-records. Many bonds have been repaid in full at maturity, while others have been bought back ahead of time. The shift to more active debt management is a good sign as countries are either taking advantage of lower borrowing costs or dealing with any spikes in their repayment schedules.

Despite the overall progress, there have been a few debt slips. Mozambique and Seychelles have restructured eurobonds. Zambia is currently in the process of solving its debt puzzle, having halted the repayment of its eurobonds in 2020.

Eurobonds appealed to African countries because they provided a means of quickly raising a decent scale of financing that governments were free to invest as they saw fit. In addition, the borrowing does not have the policy conditions that official lenders often attach to their financing. There are also choices on the terms of the lending (such as the currency they are denominated in, the tenor, and the repayment schedule) that empowered debt management offices in a way that concessional lending has not.

Sovereign eurobonds have also been useful as a signal for attracting other capital flows to the private sector as they provide a benchmark of country risk. Investors familiar with the country context are more likely to invest in a company from that same country. Eurobond issuance has also coincided with much better coverage of African economies in global financial media. Further, eurobonds are a very transparent form of debt, with all the terms and conditions published by the exchanges the bonds are listed on.

However, eurobonds and other forms of market borrowing does not come cheap. The cost of eurobond borrowing reflects market participants’ judgments on the quality of the bonds being issued. For sovereign bonds, this largely depends on the fundamentals, that is, how investors assess the issuing sovereign’s economic, political, social, and climate risks. There are also important market factors. If markets are going through a turbulent period, it will cost more to borrow.

While markets can be a useful source of financing, their loyalty is not guaranteed. Sentiment can shift quickly if a sovereign’s policies change, its economic outlook deteriorates, or even if something goes wrong in another part of the globe. African countries can also find themselves shut out of the markets during a bout of global risk aversion, as was the case in early 2020 when the pandemic tipped the global economy into recession.

This volatility, combined with the foreign currency risk and high cost of borrowing, can make eurobond borrowing hazardous. While these risks can be managed by many of Africa’s emerging and frontier economies, market access does not currently make sense for all African countries. Many economies remain too small for the minimum scale of lending the markets require or lack the foreign exchange earnings to service borrowing beyond their access to concessional loans.

When compared with other parts of the world, African countries’ debt levels in US dollar terms are tiny. Advanced economies have borrowed vast amounts more. Even when debt levels are compared relative to the size of economies, only a few African countries stand out as having particularly high levels of debt. However, it is in the composition of the debt and the cost of borrowing that the danger lies. While large, advanced economies like the United States or Japan borrow in their own currency, most African countries have a greater dependency on borrowing in someone else’s currency, that they cannot conjure up or print.

There are many different debt situations to be found among the 55 African countries. But general concerns about rising debt levels became more audible in 2019, even before the pandemic shock when debt alarms rang louder. While there had not been the sovereign defaults in 2020 and 2021 that many feared, there is uncertainty about how much medium-term debt sustainability has been eroded. Is it just a matter of time before many African countries default? Is a systemic debt crisis now unavoidable? Such questions remain hard to answer—and run the risk of lumping many different realities together. What is clear, however, is that buffers have been eroded and another subsequent crisis would be much harder to fight unless there are efforts to reduce debt risk and shift to better ways of borrowing.

Most of Africa’s frontier countries have been driving too fast in the wrong sort of vehicle, increasing the likelihood of a crash. Driving a sports car down a rough road can lead to good progress for a while, but it is unlikely to end without a hefty repair bill. There remains a need to recognize the many bumps in the road and seek a more robust form of transport that can complete the journey intact. Eurobonds and market access should remain part of most African countries’ financing mix, so that they can ensure the Sustainable Development Goals get the required financing. However, efforts can be made to safeguard market access along these lines: