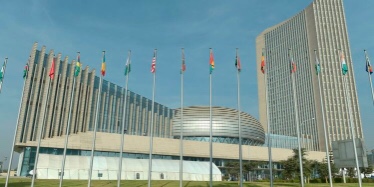 The Chief Executive of the African Peer Review Mechanism (APRM),Professor Eddy Maloka, has disclosed that the Africa Union’s (AU) quest to establish an African Credit Rating Agency for the continent, is likely to be instituted this year.

He mentioned this while addressing participants at a sensitisation meeting on APRM support to member-states on international credit rating agencies yesterday in Accra.

“Our latest study has found that it is feasible to establish such an institution as an independent entity of the African Union to provide alternative and complementing rating opinions”.

This development became necessary after the APRM was tasked by the Specialised Technical Committee of Finance Ministers in 2018 to explore such options against what the AU termed “consistent bias toward African countries” by foreign rating agencies including Moody’s, Standard & Poor’s and Fitch.

With regards to timelines for the continent’s own rating agency, Prof. Maloka indicated: “We are in the process of working on the legal, structural and financial implications of establishing the Agency, which will be an entity of the AU; and we will be reporting the outcomes to the Ministers Committee later this year, 2022”.

Prof. Maloka commended the Ghana Stock Exchange’s (GSE) resolve for implementing the process of establishing credit rating agencies in Ghana – to rate the issuance of bonds in order to bring some confidence and comfort to investors, adding: “These are steps in the right direction”.

Over the past two decades, many countries on the continent have witnessed a deterioration in credit ratings.

These challenges being posed by international rating agencies are not unique to Ghana – as the whole continent of Africa has been grappling with what the AU has described as unjustified negative rating actions at different times.

For instance, the record number of sovereign rating downgrades of African countries since the outbreak of COVID-19 on the continent in March 2020 has pushed countries such as Tanzania, Nigeria, Namibia and Mozambique to raise concerns on the non-consultative nature of rating agencies.

However, Prof. Maloka said such downgrades clearly do not reflect the average improvement of political, economic and social indicators in Africa.

“Some countries were downgraded before they even registered a single case of COVID-19. Most of these rating decisions were merely based on expectations that countries’ fiscal situations would deteriorate and their health systems would be severely strained by the pandemic,” Prof. Maloka disclosed.

Finance Minister, Ken Ofori Atta, in a keynote address, said most of these downgrade decisions by foreign rating agencies, which most often are unjustified, have tremendous power to influence market expectations and investors’ portfolio allocations; and consistently undermine macroeconomic fundamentals of not only Ghana, but also several other countries in Africa.

“We have a responsibility to ensure the agencies that influence investment decisions leverage methods and processeswhich ensure capital is directed toward well-appraised growth initiatives in emerging countries, such as ours, as opposed to earning sub-optimal returns overseas. The case for reform is stronger than it has ever been,” Mr. Ofori-Atta said.


Africa Economy AU
how can we help you?