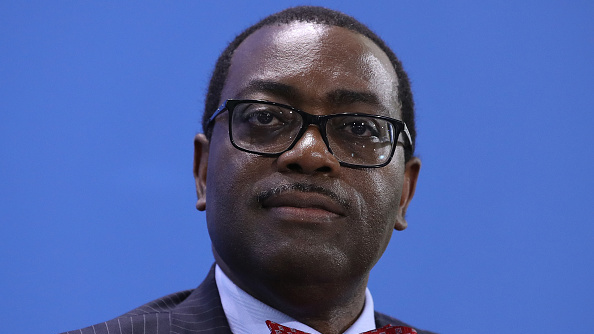 The Board of Directors of the African Development Bank Group has approved an €89 million loan to boost the Kenyan government’s economic recovery efforts.

The loan will provide funding for the second phase of Kenya’s Competitiveness and Economic Recovery Support Program (CERSP) that was approved by the Bank in June 2021 and will help the country to free up fiscal space to address other priorities in one of the region’s largest economies.

CERSP supports reforms under three components: (i) attaining fiscal sustainability by enhancing anti-money laundering and e-procurement frameworks and oversight over the operations of state-owned enterprises; (ii) strengthening industrial development and competitiveness to deepen the contribution of the manufacturing sector in line with the “Big Four” agenda while fostering climate resilience and green growth; and (iii) enhancing economic and social inclusion by furthering the social protection system and universal health coverage.

The first phase of the CERSP supported the implementation of anti-corruption regulations that tightened public procurement policies and procedures.

Also,  the Directorate of Public Private Partnership was established which has enabled the Government to streamline the approval of high-quality public-private partnerships (PPPs) infrastructure projects.

Other efforts were directed towards supporting the Government’s initiatives to promote social inclusion and women’s economic empowerment, for example, the launch, in 2020 of the 10 billion Kenyan Shilling credit guarantee scheme for micro and small enterprises, the Women’s Enterprise Fund and the government’s Affirmative Action Fund which are providing women with interest-free loans to expand their small businesses countrywide.

Building on the reforms supported by the Bank under the first phase, the second phase of the CERSP will support Kenyans in their efforts for greater transparency in public sector dealings by heralding the adoption of an electronic government procurement system by mandating companies that participate in public procurements to disclose their beneficial ownership information to the procuring entity/contracting authority. Other efforts will be directed towards supporting Kenya in strengthening anti-money laundering and counter terrorist financing measures on several fronts.

This phase will also focus on strengthening industrial development and competitiveness and enhancing policy frameworks that will deepen the contribution of the manufacturing sector and reinforce public investment management while fostering climate resilience and green growth.

“The African Development Bank is happy to continue supporting the Government of Kenya’s reforms agenda that aim to strengthen the war against corruption and sustain inclusive growth while enhancing the  environment for infrastructure development which is the backbone of the economy. Reforms that the Bank has supported through Budget Support Operations have enhanced the bankability of large infrastructure  projects,” said Nnenna Nwabufo, the African Development Bank’s Director-General for East Africa.

The Competitiveness and Economic Recovery Support Programme is taking place in tandem with similar operations by the World Bank and the International Monetary Fund.

Despite the challenges the country has faced due to the Covid-19 pandemic, Kenya’s economic recovery has occurred faster than expected, thanks to accelerated vaccinations and sound economic policies. Growth in gross domestic product rebounded strongly to 7.5% in 2021, from a contraction of 0.3% in 2020, and is projected to average 5.7% in 2022-2023.


AfDB Kenya
how can we help you?