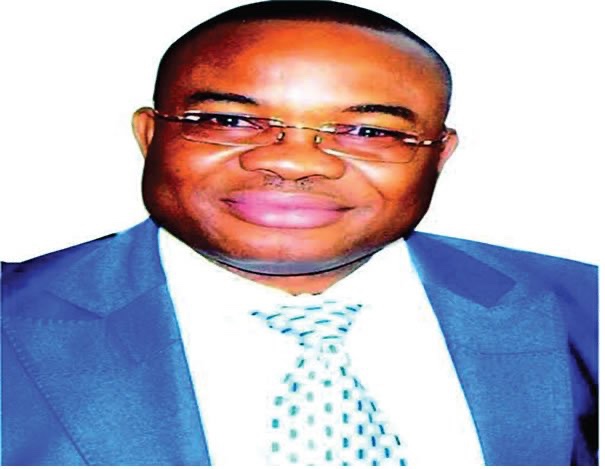 The President, National Association of Nigerian Traders, Ken Ukaoha, speaks with AMARACHI ORJIUDE on the importance of the African Continental Free Trade Agreement to boosting intra-African trade, the need for a single currency to facilitate seamless trade operations across African borders, and measures the Federal Government must take to boost exports, among other critical trade issues

Since January 1, 2021, when the implementation of the African Continental Free Trade Area Agreement began, Nigeria has been lagging behind in making the trade agreement operational. Why is this so?

Okay, let me correct one impression. I’m not sure that Nigeria has lagged behind in making the trade agreement operational. For instance, Nigeria has put in place some of the instruments for the implementation, and some of the analysis has been done. And then, we cannot say Nigeria has not put in place anything. But we should remember also that at the level of African Union, the key instrument, the key tool for the implementation, is still undergoing negotiations, namely, the rules of origin-it is still undergoing negotiations. No country out of the 54 member countries that have signed on to the AfCFTA would say that it has begun full implementation of the agreement. So I think it’s important for us to get this narrative clear.

How important is AfCFTA to the trade landscape in Nigeria?

The AfCFTA has huge capacity in terms of importance. Huge in the sense that, if you look at Africa, you will discover that it has a market share of over 1.2 billion people. The agreement brings all these people together under a single free trade area. Secondly, if you come down to our regional economic community level, essentially ECOWAS, we have almost 450 million people. So, this particular agreement tends to soak us together. So, what the agreement has in terms of capacity is to boost interregional trade. It is also important to note that trade within Africa has been oscillating between 12 to 15 per cent, but this will significantly increase intra-African trade; trade between one country and another; and trade between one region and another. This agreement, when effectively implemented, will lead to development, poverty reduction and essentially wealth creation in the region. And with the entrance of the AfCFTA, what we’re going to see is a boost in productivity, local production, and an increase in local patronage and manufacturers. We will also witness foreign direct investment, local investment, and expansion.

In a bid to encourage trade in the country, the government introduced specialised and general free trade zones. It also established agencies to oversee their operations. Despite this intervention, FTZs have not had much impact on trade in the past five years. How can these zones be made more productive?

Now, what I think is that the government should look at the Nigerian Export Processing Zones Authority and other export processing agencies, why were they created in the first place? It is to boost local production for export? Let’s underline that. Government, like in every other place in the world, is expected to provide all the facilities and infrastructure that will attract investors-investors that will produce and export. However, if you check some of the export processing zones, you will discover that some facilities are lacking. But government is only focused on the kind of money it is making from there in terms of Customs revenue generation. So, I think the first thing is to look at the facilities there. Do they really attract investors? Secondly, another thing that should be considered is, are there modalities for measuring their impact? If there are criteria for measurement, how regular is that measurement? Who is doing the cost and benefit analysis? How much have been brought into the coffers of the government? You can juxtapose that with what government has put in there? What kind of exports has been galvanised through them? What kind of jobs? What level of jobs has been created? These are things I feel that non-state actors and governments should begin to look at, and then begin to make use of the analysis or survey. This will now lead us to identify the impediments that are still remaining.

Research findings show that Africa countries trade more with international countries than they do within nations within the continent. How can intra-African trade be encouraged in Nigeria?

One of the ways to encourage intra-African trade is to first of all invest in our local environment. If we can invest here, it means we are boosting the attraction for exports. We can also identify what other countries around us (likeminded countries, and countries in the region) are doing in terms of what they are importing from other countries, maybe from Europe or Asia, or the Americas. If we identify that, the next step is how to build the capacity of our local firms to meet up with those demands, so as to reduce importation from outside. And in so doing, we will begin to trade among ourselves. The fourth is to make policies that will look inwards, most of these policies are designed to look at what the WTO is doing, and then we will look away from what we need.  So I think that we should design our policies in a way that they will also begin to look at the regional peculiarities. However, there are always serious impediments created by officials of government-bottlenecks here and there. So the best thing is to identify these bottlenecks, and when they are identified, the government can mobilise the political will to ensure those impediments are removed. For instance, bribery at the ports, what are you going to do about it? Think about the unnecessary delays of perishable items at the port. Also think about the closure of borders. So, we need to really mobilise the political will, by the time you do that, and these impediments are removed, it will increase productivity, and enhance the free movement of goods and services within the region.

Still on intra-African trade, the single currency initiative proposed by the Economic Community of West African States seems to have been halted, and further pushed to the background by the launch of digital currencies by Nigeria and Ghana. Do you think the initiative is still relevant to boosting trade in the region?

Over the past six years, growth in the non-oil sector of the economy has remained low. What would you say are the major challenges facing the Nigerian non-oil exporter?

There are many challenges, and they are centred on poor understanding and implementation of the trade facilitation agenda. What I observe with all sense of humility is that, we are the architect of our problems. The exporter is confused. There are a lot of potentials for export from Nigeria. I run an organisation, and I can tell you that there is no day we don’t receive requests for supplies from overseas. But there is an issue in terms of capacity. In terms of standard and quality, there’s also an issue in terms of facilitating the export. Even when you have already produced, there is still an issue. The issue will come from either the government or the non-state actors. The non-state actors are the people who cause such impediments and delays along the road. For instance, I’m sure you’ve noticed that from one local government to another, you see uniformed people who are not known by law using nails on the road and waiting for vehicles carrying goods, and forcing exporters to pay undue levies. Beyond that, you also look at those who are uniformed, recognised by law, the criminally-minded Custom officers and policemen who are looking for bribes from traders going about their lawful business. These impediments are so heavy that they serve as disincentives to these non-oil exporters. But I am happy with what I see from the National Export Promotion Council, if they keep at it, there may come to a point where some of these issues will be reduced or minimised.  If we have a single agency that will take care of operations from warehouse to export, that would will make things much easier for the exporter and increase the level of non-oil export.

Looking at 2022, what are some of the measures or partnerships that NANT is undertaking to fulfill its mandate to improve trade in the country?

Well, there are things that are not on the table. Firstly, we are partnering with the NEPC, Customs and ECOWAS to ensure that our exporters score some more goals in terms of achieving unhindered movement of goods and services. We are also putting in place some kind of documentation on how to reduce laws and policies regarding trade. We want to demystify the legal jargons. This is because many of these laws and policies are written in legal languages, which make it difficult, if not impossible, for the traders to understand and appropriate effectively. So, we want to rewrite these laws and policies in a way that an average reader will understand. Also, on the table is dispute settlement particularly for Nigerian traders in Ghana. I am sure you are well apprised of the situation in Ghana with regards to Nigerian traders. A lot has been done by the government to get their shops reopened but to no avail. So we are working to improve the level of advocacy there and see a kind of negotiation strategy that can break the chains and then sets our people free.


Africa Currency
how can we help you?