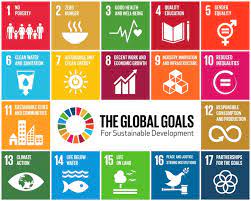 With only 11 years left to achieve the 2030 Sustainable Development Goals, some of the most economically advanced countries have still not met targets in areas like poverty reduction, youth employment, education and training, gender equality and numerical literacy, according to a new OECD report.

Measuring Distance to the SDG Targets 2019: An Assessment of Where OECD Countries Stand finds that in most OECD countries there is widespread access to electricity, mobile networks and basic sanitation. Countries have met targets for maternal and infant mortality; and are making progress in reducing deaths from AIDS, TB, Hepatitis B, and road accidents. They are also cutting smoking and gradually adopting renewable energy sources. Yet, OECD countries are still leaving many people behind, and are struggling to reach the targets related to gender equality and to reducing inequality. Even more worrisome, some countries are moving in the wrong direction on some targets, with worsening performance since 2005.

In particular, medium-term GDP growth and productivity growth are on the wane in many countries. One in seven people in the OECD area live in poverty, and one in four 15-year-olds and adults lack basic numerical competency. Obesity and unemployment have been rising in one third of OECD countries since 2005, and in 13 countries vaccination coverage is dropping, risking outbreaks of diseases thought to have been eradicated. The number of threatened species is on the rise in two thirds of OECD countries.

“The SDGs and the 2030 Agenda objective of leaving no one behind are our promise and our responsibility to future generations. Unfortunately we are very far from being able to declare Mission Accomplished,” said OECD Secretary-General Angel Gurría, launching the report at the start of the annual OECD Week. “We must all redouble our efforts, with countries working together to make sure that the goals are achieved within the deadline that the international community set four years ago. We owe it to our children and to our planet.”

The report uses a unique methodology that enables a comparison of countries’ progress and data gaps across the 17 SDG Goals and the specific targets that underpin them, using the UN Global List of 244 indicators as a starting point. It also finds that over half the 2030 targets involve a transboundary effect, meaning that achieving them in one country will have an impact in others or on global goods, such as climate.

Key findings in the report include: