HomenewsAgriculture69.7% of Ghanaian households have food security whiles 7.4% do not – Report

69.7% of Ghanaian households have food security whiles 7.4% do not – Report 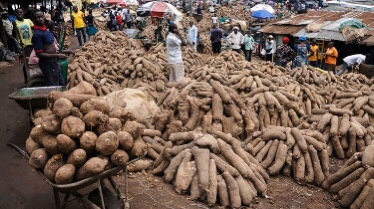 Some 69.7 percent of Ghanaian households are within the acceptable food consumption group ie are food secure.

This is per the Food Security and Nutrition Monitoring System (FSNMS) report by the Ministry of Food and Agriculture (MoFA), Ghana Health Service (GHS), World Food Programme (WFP) and UNICEF.

Per the report, some 23 percent and 7.4 percent of Ghanaian households are moderately and severely food insecure respectively.

Food insecurity of Ghanaian households was measured using the Food Consumption Score (FCS) which is a measure of dietary diversity, food frequency and the relative nutritional importance of the food consumed. A high FCS increases the probability that a household’s food intake is adequate.

The FCS is a good proxy for the current food security status and is highly correlated with other food security proxy indicators, including coping strategies and income.

“During the period under review (4th quarter of 2021), household food consumption patterns remained largely acceptable. Out of the 3011 households surveyed, 2099 (representing 69.71%) were food secure, i.e., within the acceptable food consumption group, while 691 (22.95%) and 211 (7.34%) were moderately food insecure (borderline) and severely food insecure (poor), respectively,” noted the report.

The report adds that, in the review period, most of the markets monitored recorded a significant increase in prices of commodities compared to the same period last year – 2020.

For instance, the price of maize in most markets observed an upward trend. Imported perfumed rice experienced a mix of normal, above normal and below normal price fluctuations.

The objectives of the FSNMS are to:

I. monitor and analyze trends of food availability, access and utilization;


Food inflation Food security
how can we help you?