HomenewsEnergy$350bn needed to expand electricity generation and distribution in SSA

$350bn needed to expand electricity generation and distribution in SSA 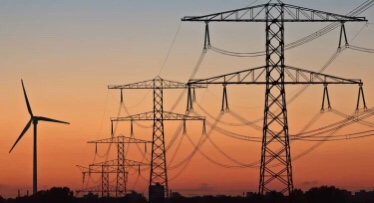 Countries in Sub-Saharan Africa would need to invest the sum of $350 billion between now and 2030, to be able to improve electricity generation/distribution and potentially solve the region’s long-standing electricity access problem.

This disclosure was made in a new report by Wood Mackenzie Ltd titled Utility evolution in Africa to reshape global electricity demand.

The report, which was released earlier today by the UK-based energy and consultancy group and obtained by Business Insider Africa, quoted Principal Analyst Benjamin Attia to have said:

“These investment opportunities work around the fiscal and operational bottlenecks posed by some of Sub-Saharan Africa’s state utilities. Service providers are going straight to the bankable segments of residential, commercial, and industrial electricity demand, typically through distributed, renewable, off-grid solutions where the public utility does not feature.”

The report further attributed Africa’s long-standing electricity access problem to massive underinvestment in the region’s electricity infrastructure. It said with the right investments, Sub-Saharan Africa could potentially change the trajectory of electricity demand and supply, not only within the region but globally.

Now, the interesting part is that the declining costs of renewable energy, coupled with innovative business models, could make it easier to bridge the investment gap and provide reliable and affordable energy access across the region.

It should be noted that electricity demand in Sub-Saharan Africa has doubled over the past 15 years and is expected to increase nearly eight-fold by 2050. The report by Wood Mackenzie said the growing demand is driven by these three fundamental macroeconomic trends: population growth, rapid urbanisation and structural economic transformation.


Sub-Sahara Africa (SSA)
how can we help you?