HomeNewsBanking and Finance2022 mid-year budget is empty; give us the country and we’ll govern better – Minority

2022 mid-year budget is empty; give us the country and we’ll govern better – Minority 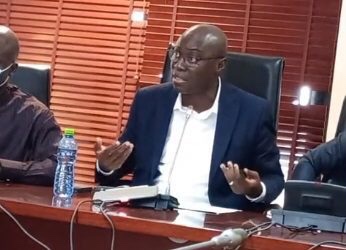 The Minority in Parliament has described the 2022 mid-year budget review that was presented by the Finance Minister Ken Ofori-Atta as empty.

The opposition lawmakers say the Finance Minister missed an opportunity to address the key issues affecting the country especially the public debt.

The Ajumako-Enyan-Esiam Member of Parliament, Casiel Ato Forson said the presentation was “very empty. Everything in this country is not working yet the Minister respodnble for Finance appeared before us and said nothing , he failed to address the very concerns of the ordinary Ghanaians.”

“Today, he comes here once again only to tell us that he has missed all the targets he set in the 2022 budget, everyone of them, he could not achieve.

“Today, our public debt is in excess of 400billion cedis and yet the Minister in this document fails to talk about the public debt,” the Former Deputy Minister Finance told journalists after the mid-year budget presentation in Parliament on Monday July 25.

The Finance Minister in the review announced that the the Overall Real Gross Domestic Product (GDP) for 2021 grew strongly by 5.4 per cent compared to 0.5 percent recorded in 2020 and the revised 2021 annual target of 5.1 percent.

Presenting the budget in Parliament on Monday July 25, he said , at the time of presenting the 2022 Budget in November last year, we
provided information on macroeconomic developments for the first nine months of the 2021 fiscal year.

“We now have received updated information through to end-December 2021, he said.

Regarding the Macroeconomic Performance for half-year 2022, he said provisional Q1-2022 National Accounts Statistics published by Ghana
Statistical Service (GSS) in June 2022 show that the overall real GDP growth for the first quarter of 2022 was 3.3 percent compared to 3.6 percent recorded in the same period in Non-oil GDP for the first quarter of 2022 grew by 3.7 percent compared with the
Q1-2020 growth of 5.3 percent.

“Furthermore, based on the developments for the first six months of 2022 and outlook for the rest of the year, we have accordingly revised the macro-fiscal targets for 2022 as follows: Overall GDP Growth rate of 3.7 percent down from 5.8 percent;  Non-Oil GDP Growth rate of to 4.3 percent down from 5.9 percent, End period inflation of 28.5 percent up from 8 percent;  The overall fiscal deficit of 6.6% of GDP down from 7.4%

“Primary surplus of 0.4% of GDP up from a surplus of 0.1% of GDP; and The Gross International Reserves of not less than 3 months import cover.”


#2022 Mid-Year Budget Review Ken Ofori-Atta
how can we help you?