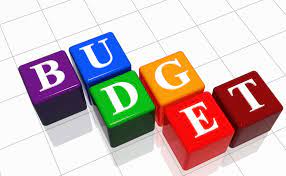 Total government expenditure for 2021 is projected to reach some GHS 113.75 billion, equivalent to 26.2 per cent of Gross Domestic Product (GDP).

The increment in public expenditure represents a growth of 13.7 per cent above the outturn of GHS 100 billion recorded in 2020.

This implies that, government for 2021 will be spending some GHS 41.3 billion it does not have and would need to borrow to finance it, further increasing the country’s debt burden.

Wages and salaries are projected to amount to GHS 25.79 billion, accounting for 22.7 per cent of the total expenditure. As a percentage of GDP, the wage bill is projected to be 5.9 per cent in 2021 compared to the 6.5 per cent recorded in 2020.

Use of Goods and Services is also projected to be GHS 5.96 billion or 1.4% of GDP, representing 5.2 percent of the projected total expenditure.

For the period under review, some GHS 35.86 billion equivalent to 8.3 percent of GDP will be made as interest payments. Of this amount, domestic interest payments will constitute about 79.1 percent – GHS 28.36 billion.